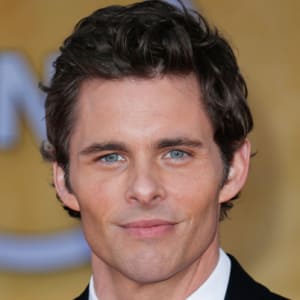 James Marsden is an American actor best known for his role as Cyclops in the action adventure movie X-Men and its two sequels.

Who Is James Marsden?

James Marsden is an American actor born on September 18, 1973, in Stillwater, Oklahoma. His career breakthrough came in the role as Cyclops in the action adventure movie X-Men (2000). He also appeared in the movie's two sequels. Marsden's chiseled good looks made him a natural for romantic roles in films like The Notebook (2004) and Heights (2005). Marsden was nominated with his fellow actors for a 2008 Screen Actors Guild Award for Outstanding Performance by a Cast in a Motion Picture for Hairspray (2007). Beginning in 2016, he became part of the ensemble cast in HBO's Westworld.

When Was James Marsden Born?

Actor James Paul Marsden was born on September 18, 1973, in Stillwater, Oklahoma. He and his siblings Jeff, Robert, Elizabeth and Jennifer were raised by their father, a meat and poultry inspector, and mother, a nutritionist. His parents divorced when he was nine years old.

Marsden moved to Los Angeles, and from the early-to-mid 1990s made guest appearances on television series such as Saved by the Bell, The Nanny, Blossom and Party of Five. Marsden starred in a lead role in the short-lived series Second Noah (1996-97) and also appeared in the film Disturbing Behavior (1998) with Katie Holmes.

Marsden's breakthrough came in the role of Cyclops in the action adventure movie X-Men (2000). The hit film spawned the sequels X2 (2003) and X-Men: The Last Stand (2006), in which he reprised his role as a crime-fighting hero. In between the X-Men films, Marsden was cast as a romantic interest in films such as The Notebook (2004) with Rachel McAdams, Heights (2005) with Elizabeth Banks and Superman Returns (2006) with Kate Bosworth.

The actor never took his success for granted. In a 2007 interview with Men's Health, he stated, "If you're lucky enough to pick what you do, that's the greatest career you can have. Ultimately, that's my goal: to have choices."

Marsden showcased his singing talent in the films Hairspray (2007) and Enchanted (2007). For Hairspray, Marsden was nominated with his fellow actors for a 2008 Screen Actors Guild Award for Outstanding Performance by a Cast in a Motion Picture.

Over the next several years, Marsden appeared in several films and TV series, including 27 Dresses (2008), Death at a Funeral (2010), Modern Family (2011) and 30 Rock (2012-13). Marsden also starred as John F. Kennedy in the 2013 film The Butler with Terrence Howard, Minka Kelly and Melissa Leo. He also had a supporting role that same year in Anchorman 2: The Legend Continues. In 2016 Marsden appeared as part of the main cast in HBO's sci-fi thriller Westworld.

Marsden enjoys several hobbies, including singing, guitars, piano, home recording and photography. He told Men's Health, "I hate being mediocre. If I really want to learn something, I immerse myself in it. That consumes every ounce of my thoughts until I'm really good at it."

Since 2015 Marsden has been dating British singer Edei.