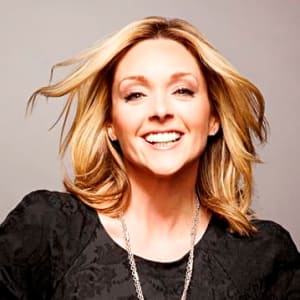 Film, TV and theater actress Jane Krakowski is known for having starred in series like ‘Ally McBeal,’ ’30 Rock’ and ‘Unbreakable Kimmy Schmidt,’ with additional roles in stage productions like ‘Guys and Dolls’ and ‘She Loves Me.’

Who Is Jane Krakowski?

Jane Krakowski was born on October 11, 1968, in Parsippany, New Jersey. In 1983, she played Vicki in National Lampoon's Vacation. She appeared on Search for Tomorrow from 1984 to 1986. She made her Broadway debut in Starlight Express in 1987, going on to win a Tony for the 2003 musical Nine. In 1997 she joined the cast of Ally McBeal, after which she worked on a variety of projects, including the play Guys and Dolls and the sitcoms 30 Rock and Unbreakable Kimmy Schmidt.

In 2009 Krakowski became engaged to British designer Robert Godley. The couple had a son, Bennett, in 2011 but broke up two years later.

In the late 1980s and the 1990s, Krakowski found success on the New York stage. Her first Broadway role was in Andrew Lloyd Webber's Starlight Express in 1987. She later earned a Tony Award nomination for the musical Grand Hotel in 1990. She had several other roles on Broadway, including a part in Once Upon a Mattress with Sarah Jessica Parker in 1996.

She also took time to return to perhaps her greatest love — singing and dancing. Critics and audiences alike were delighted with her performance in the Broadway revival of the musical Nine (2003). She won the 2003 Tony Award for an Actress in a Featured Role in a Musical.

In 2005 Krakowski starred in another musical revival. This time she took on one of the lead roles in the London production of Guys and Dolls opposite Ewan McGregor. For her performance as the ditzy nightclub singer Miss Adelaide, she received the 2006 Laurence Olivier Award for Best Actress in a Musical.

Krakowski left New York City for Los Angeles in 1997 to join the cast of Ally McBeal. This comedy centered on the professional and personal life of its title character, a Boston lawyer played by Calista Flockhart. Krakowski's Elaine, a quirky vixen, was a perfect counterpart to Flockhart's imaginative and neurotic Ally. The show even made use of Krakowski's singing talents from time to time.

She earned a Golden Globe Award nomination for her role on the hit series in 1999, and she shared a Screen Actors Guild Award with the entire cast for Best Ensemble that same year. During the run of the program, she found time for other acting opportunities, including the role as Betty in The Flintstones film, Viva Rock Vegas (2000).

After Ally McBeal ended in 2002, Krakowski worked on a variety of projects. She voiced the part of a female sloth in the animated hit Ice Age (2002) and landed a number of supporting roles in such films as Marci X (2003) and Alfie (2004).

Krakowski returned to series television in the fall of 2006 with 30 Rock, a situation comedy with Alec Baldwin, Tina Fey and Tracy Morgan. The program explores the making of a live sketch-comedy show, not unlike Saturday Night Live. Krakowski was cast as Jenna Maroney, one of the  performers on the show within the show. 30 Rock has received a lot of praise from critics, with some calling it the best comedy of the television season. She went on to receive several Emmy nominations for her role in the series in the category of Supporting Actress in a Comedy Series in 2009, 2010 and 2011.

After making appearances in several TV programs in a guest role capacity, Krakowski returned to regular series work in 2015 with her role as out-of-touch Jacqueline Voorhees on the Netflix sitcom Unbreakable Kimmy Schmidt, starring Ellie Kemper and co-created by Fey. That same year she was nominated for a Best Supporting Actress Emmy for her role as Mrs. Voorhees. The following year Krakowski received the third Tony nomination of her career for her supporting role in the musical She Loves Me, which opened at Studio 54 in 2016.

Actress Jane Krakowski was born on October 11, 1968, in Parsippany, New Jersey. A trained singer and dancer, Krakowski started studying ballet at the age of three. This multitalented performer is best known for amusing audiences for five years as the vampish secretary and snoop Elaine on the hit television show, Ally McBeal.

Krakowski got her first film role as a teenager. Making her film debut in 1983, she played oversexed cousin Vicki in National Lampoon's Vacation. Krakowski then tried her hand at daytime television. She appeared on Search for Tomorrow from 1984 to 1986, which earned her two Daytime Emmy nominations.