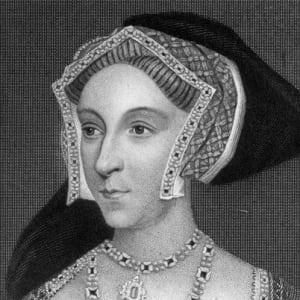 Jane Seymour was born in England c. 1509. After Henry VIII's wife, Anne Boleyn, was executed, Jane and Henry married on May 30, 1536. On October 12, 1537, she gave birth to Henry VIII's first male heir, King Edward VI, the future king of England. She died of childbirth complications less than two weeks later, on October 24, 1537, in London, England, after having been queen for only a year and a half.

Queen of England Jane Seymour was born circa 1509 in England, as the daughter of Sir John Seymour and Margery Wentworth. Born to a wealthy family, Seymour was a descendant of Edward III and offered quite a bit as a member of such a prestigious family, including more than 100 manors in 19 countries and five castles. The young woman wasn't well educated, only knowing how to read and write her own name, she was proficient in household tasks and other hobbies, such as gardening and needlework.

Seymour acted as a lady in waiting, or maid of honor, for King Henry VIII's first wife—Catherine of Aragon—and his second—Anne Boleyn—in 1529 and 1535, respectively. In September of the year that Henry VIII married Boleyn, he visited the Seymour home. It's believed that Jane Seymour caught his eye during the visit, and in February of the following year, rumor of his attraction to Seymour began to spread. This was also a short time after Boleyn's second miscarriage. Aside from her beauty and status, Seymour's timid and reserved nature is thought to be what attracted the king to her—a stark contrast to his previous two wives.

After having incited controversy for divorcing his first wife, Henry VIII had Boleyn executed on May 19, 1536, and privately married Seymour 11 days later. Unlike her predecessors, Seymour never underwent a coronation, thus was never officially crowned queen. It has been argued that Henry VIII was waiting for Seymour to deliver the son he desired so desperately, but this hasn't been proven.

Birth of an Heir, Death of a Queen

In May 1537, it was announced that Seymour was pregnant. She gave birth on October 12, 1537, to the heir that Henry VIII had waited years to produce. Young Edward VI was born at Hampton Court Palace. As was the custom at the time, Jane Seymour did not attend her son's christening on October 15, but waited in her chambers until the elaborate ceremony was over when Prince Edward was returned to her. Seymour died only nine days later of puerperal fever, an infection that can occur post childbirth. She was buried at Windsor Castle in St. George's Chapel.

As the mother of his heir, Henry VIII took the death of his wife hard. Not only did he reportedly wear black for months after her death, but he also waited until 1540 to remarry. Of the king's six wives, Seymour was the only spouse buried with him in the same tomb after his death.