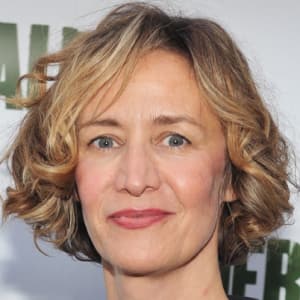 Janet McTeer is an English television, stage and film actress best known for her Golden Globe-winning performance in Tumbleweeds.

Born on May 8, 1961, in Newcastle, England, actress Janet McTeer made her London theatrical acting debut in The Grace of Mary Traverse (1984), which earned her an Olivier Award (she won a second one for 1992's Uncle Vanya). McTeer also gained recognition for her role in BBC's A Doll's House (1995). She starred in the stage production of this television show in 1997, taking home another Olivier Award and a Tony Award. A film role in Tumbleweeds (1999) garnered a Golden Globe award and Oscar nomination. For her accomplishments, the Queen of England bestowed her as Officer of the Order of the British Empire in 2008. McTeer continues to act in TV, theater and film today.

Actress Janet McTeer was born on May 8, 1961, in Newcastle, England. McTeer, who grew up in a small town in the Yorkshire district of England, decided to pursue acting at the age of 16. Shortly thereafter, she was accepted to the prestigious Royal Academy of Dramatic Arts (RADA). Nominated for an Olivier Award for her London debut in The Grace of Mary Traverse in 1984, McTeer quickly compiled an impressive body of theater work, landing roles in productions of A Midsummer Night's Dream (1986), The Storm (1987) and Greenland (1988).

For her starring role in the 1992 London stage production of Uncle Vanya, McTeer earned her second Olivier Award nomination; she also played Beatrice in a memorable West End production of Much Ado About Nothing in 1993. She branched out successfully into television, playing Vita Sackville-West in a 1990 BBC production of Portrait of a Marriage, which aired in the U.S. on the PBS program Masterpiece Theatre in 1992. She also gained notice for her portrayal of Nora, the unraveling housewife at the center of Henrik Ibsen's A Doll's House, in a 1995 BBC radio production.

On the big screen, McTeer had only moderate success, attracting favorable notice from critics for her performance in Hawks (1988) and appearing alongside stars Ralph Fiennes and Juliette Binoche in a 1992 film version of Wuthering Heights that met with a mediocre reception. She also appeared in Carrington (1995), starring Emma Thompson.

On stage, however, McTeer had become one of Britain's most renowned actresses, taking home an Olivier Award when she brought her Nora to the London stage in a daring production of A Doll's House in 1997. Later that year, she reprised the role on Broadway, winning a Tony Award for Best Actress and gaining the notice of many American theatergoers for the first time.

McTeer followed her smashing Broadway debut with a highly acclaimed starring turn in the low-budget comedy Tumbleweeds, which debuted at the Sundance Film Festival in early 1999 and was picked up for distribution by Fine Line Features. The film marked McTeer's first starring role in an American film, and she amazed critics with her portrayal of a reckless Southern belle who has bad luck with men but a remarkable relationship with her precocious 12-year-old daughter, played by Kimberly J. Brown. For her performance—complete with a dead-on Southern accent—the National Board of Review named McTeer "Best Actress." McTeer also scored Golden Globe and Academy Award nominations.

In 2000, McTeer starred in a somewhat less successful Sundance entry, SongCatcher. That same year, she appeared in the romantic thriller Waking the Dead. McTeer divides her time between her apartments in London and New York.