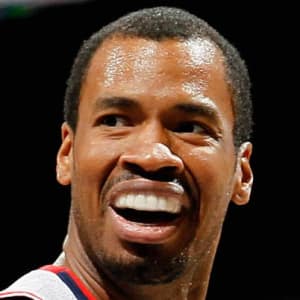 Jason Collins was born on December 2, 1978, in Northridge, California. After playing basketball with his twin brother, Jarron, in high school and at Stanford University, Collins developed into a capable NBA defender for multiple teams. On April 29, 2013, he became the first active male athlete in the four major North American professional sports to publicly admit his homosexuality.

Jason Paul Collins was born on December 2, 1978, in Northridge, California, minutes ahead of his twin brother, Jarron. They both played basketball for Harvard-Westlake High School in North Hollywood, California, where future television and movie star Jason Segel served as their back-up, and won a pair of California State championships together. As a senior in 1997, Jason Collins was named to the McDonald's High School Basketball All-American Team.

The twins enrolled at Stanford University, providing basketball coach Mike Montgomery with a pair of imposing big men. Limited to eight games over his first two seasons because of injuries, Jason Collins went on to average 14.5 points and 7.5 rebounds per game in his senior year, as well as earn selection to the honorable mention All-American Team. He graduated with a degree in communications and was taken with the 18th pick in the 2001 NBA draft by the New Jersey Nets.

Jason Collins never became a star in the NBA, but at a rock-solid 7'0" and 255 pounds he could capably defend the league's best big men and logged regular minutes for the Nets teams that reached the NBA finals in 2002 and '03. He enjoyed his best season in 2004-05, when he averaged 6.4 points and 6.1 rebounds per game but was also charged with a league-high 322 personal fouls.

Collins was traded to the Memphis Grizzlies in early 2008, then spent the following season with the Minnesota Timberwolves. He found a home with the Atlanta Hawks for the next three seasons, providing his usual tough defense off the bench to help them reach the playoffs each time. He played sparingly during the 2012-13 season for the Boston Celtics and Washington Wizards, averaging just 1.1 points and 1.6 rebounds per game, before becoming a free agent.

Out of the Closet

On April 29, 2013, the internet lit up with the revelation that Collins was gay, making him the first openly gay active male athlete in the four major North American sports. In an article released with the May 6 issue of Sports Illustrated, Collins made his official announcement and explained his reasoning for coming out when he did: Having grown tired of guarding his secret for years, he was frustrated when he could not join former roommate, Massachusetts Congressman Joseph Kennedy III, and participate in Boston's 2012 Gay Pride Parade. Furthermore, he said, the recent bombings at the Boston Marathon made him realize the impermanence of everyday life and the importance of living truthfully.

In the wake of the announcement, NBA stars such as Kobe Bryant and Steve Nash tweeted their support. White House spokesman Jay Carney lauded Collins's statement as a courageous act, while former U.S. President Bill Clinton, whose daughter, Chelsea, attended Stanford with Collins, wrote that the basketball star's words were "the straightforward statement of a good man who wants no more than what so many of us seek: to be able to be who we are; to do our work; to build families and to contribute to our communities."