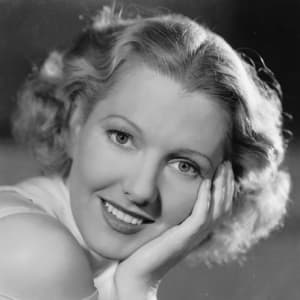 Jean Arthur was an American actress best known for her roles in films such as Mr. Smith Goes To Washington and The More The Merrier.

American actress Jean Arthur was born on October 17, 1900 in Plattsburgh, New York. She started as a model before working in film. Born Gladys Georgianna Greene, she formed her stage name from her two heroes: Joan of Arc (Jeanne d'Arc) and King Arthur. She appeared in small roles in silent films, and broke through when film began to incorporate sound. Her husky trademark voice in The Whole Town's Talking (1935) won her fans and admirers. Arthur appeared in notable films such as You Can't Take It With You (1938), Mr. Smith Goes To Washington (1939) and The More The Merrier (1943) which earned her an Oscar nomination. In later years, Arthur starred in her own television series and taught drama at Vassar College. She died June 19, 1991 in Carmel, California.