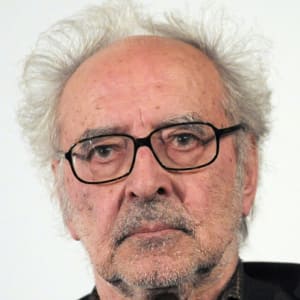 Jean-Luc Godard, director of Breathless and many other motion pictures, was one of the central figures of the New Wave of French filmmaking in the 1960s.

Born in Paris, France, on December 3, 1930, Jean-Luc Godard is one of the central filmmakers of the French New Wave movement of the 1960s. Like his contemporaries François Truffaut and Eric Rohmer, Godard reworked the conventions of Hollywood movies and brought new energy and irreverence to film. His romance-crime movie Breathless (1959) is one of the most influential movies of its era.

After World War II, Godard attended the Lycée Buffon in Paris. He moved back and forth between France and Switzerland for several years before settling in Paris in 1949, when he enrolled at the Sorbonne, University of Paris to study anthropology.

Rather than completing his studies at the Sorbonne, Godard became immersed in the film culture of Paris' Latin Quarter. He spent most of his time attending film screenings with his friends François Truffaut, Jacques Rivette and Eric Rohmer, who would also become important directors.

Godard, Truffaut and their companions began publishing film criticism in such journals as La Gazette du Cinéma and Cahiers du Cinéma in the early 1950s. As writers and directors, this group would become known as the New Wave (Nouvelle Vague) of French filmmaking. Godard directed two short films, Operation Concrete and A Flirtatious Woman, in the mid-'50s.

In 1959, Godard made his most influential film, Breathless (A bout de souffle), a contemporary update of the classic gangster movie, featuring a handsome young French criminal (played by Jean-Paul Belmondo) and his pretty American girlfriend (Jean Seberg). Filmed in black-and-white on a low budget, Breathless combined romance and violence, humor and tragedy. Its dynamic camera-work, featuring Godard's signature use of jump cuts, would become as influential as its fragmented narrative and its jazzy depiction of youth culture.

In a remarkable burst of creativity, Godard made 15 full-length features between 1959 and 1967. He followed Breathless with The Little Soldier, a political thriller that introduced the actress Anna Karina. Other films of this period are Pierrot le Fou, starring Karina and Belmondo as young lovers on a crime spree; Band of Outsiders, a stylish crime drama; Alphaville, which combined science fiction and film noir; Contempt, with Brigitte Bardot and American actor Jack Palance; and the darkly humorous road-movie Weekend.

Following the political and social turbulence of 1968, a year when Paris was rocked by civil unrest, strikes and student protests, Godard brought his political beliefs at the center of his work. Like many French intellectuals of the day, he was influenced by Maoism during this era. He and the journalist Jean-Pierre Gorin founded the Dziga Vertov group, a collective of politically oriented filmmakers; the group was active in the 1970s, but its work was rarely seen outside activist circles.

Many of Godard's movies of the 1970s and 1980s were too ideological or too incomprehensible for audiences (or even critics) to embrace. However, he made a brief commercial comeback in the 1980s with a trilogy of films about feminine sexuality: Passion, First Name: Carmen and the controversial Hail Mary. In the 1990s he worked on Histoire(s) du Cinéma, a 10-part video study of French cinema.

In 2010 Godard was given an honorary Academy award, the Governors Award, by the Hollywood establishment; however, he did not attend the awards ceremony.

Godard has been married twice, first to his leading lady Anna Karina from 1961 to 1967, and then to the actress and writer Anne Wiasemsky from 1967 to 1979. He and his partner, the filmmaker Anne-Marie Miéville, have lived together in Rolle, Switzerland since 1977.