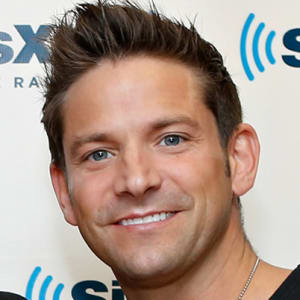 Jeff Timmons is the founding member of the popular 1990s, Grammy Award-nominated boy band 98 Degrees, known for such hit songs as “Because of You” and “I Do (Cherish You).”

Jeff Timmons was born in Canton, Ohio, in 1973. While in college, he met brothers Nick and Drew Lachey, along with Justin Jeffre, to form the group 98 Degrees. The boy band found major success in the late 1990s with hit albums 98 Degrees and 98 Degrees and Rising before going on a hiatus in 2002, and Timmons followed with a solo career and other music-based projects. He reunited with his bandmates several years later for the 2013 Package Tour, and to release 98 Degrees' fifth studio album, 2.0 (2013).

Singer Jeffrey Brandon Timmons was born on April 30, 1973, in Canton, Ohio. After attending Massillon Washington High School, where he was more focused on athletics than music, Timmons attended three different colleges, the last of which Kent State University, he left to pursue a music career. His sudden interest in the arts resulted from his attempt to impress women at a college party; along with some football teammates, Timmons sang "My Girl" to the crowd's delight. From there, the group took a leap of faith and moved to California to pursue a career in music.

Though Jeff Timmons was prepared to make the transition to pop stardom, the group's three other members weren't. They soon returned home to Ohio, leaving Timmons to go after his dream alone. While on his own in California, Timmons met future bandmate Nick Lachey, a fellow Ohio native with a background in music. Timmons eventually talked Lachey into moving to California, and Lachey brought a high school friend, Justin Jeffre, on board too. Lachey's younger brother, Drew Lachey, joined as well, completing the four-member boy band now known famously as 98 Degrees.

Not long after, the group was "discovered" while singing backstage at a Boyz II Men concert. They were signed to Motown Records and released their debut album, 98 Degrees, in 1997. The following year, they released their sophomore effort, 98 Degrees and Rising. Both albums were successful, with the first reaching gold certification and the second reaching double-platinum status; the former included such popular songs as "Because of You," with the latter including hits like "I Do (Cherish You)." The boy band released two more albums before going on an extended hiatus in 2002.

Two years later, Timmons released his first solo album, Whisper That Way (2004). The album's lead single, "Whisper That Way," peaked at No. 20 on the contemporary chart. The artist made an uncommon move in 2011, releasing his second collection of songs for free online. He had also produced the music of the collection himself, and released it independently.

Timmons put his side projects on hold in 2012 to perform with his fellow bandmates for a one-time concert at the Summer Mixtape Festival. Following the successful reunion, the members of 98 Degrees publicly announced that they would be releasing new music and touring with two other popular boy bands, Boyz II Men and New Kids on the Block, for the 2013 Package Tour. They released 2.0 the same month that the tour kicked off, in May 2013.