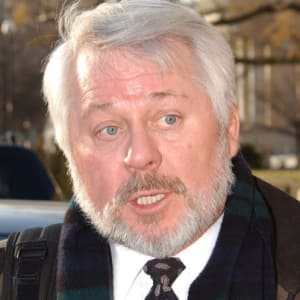 Jeffrey Wigand became famous in the 1990s when he took public his knowledge that cigarette companies had tried to conceal the dangers of smoking.

Born in New York City in 1942, former Brown and Williamson employee Jeffrey Wigand gained national fame in the 1990s as a tobacco industry whistleblower. In court, in the Wall Street Journal and on 60 minutes, Wigand took public his knowledge that tobacco companies had conducted extensive campaigns to conceal from the public their knowledge that that cigarette smoking was highly addictive and caused lung cancer.

Tobacco industry whistleblower. Jeffrey Wigand was born on December 17, 1942 in New York City, the eldest of five children growing up in a devoutly Catholic family in the Bronx, where his father worked as a mechanical engineer. Wigand's parents were strict disciplinarians who showed little outward affection toward their children. Wigand's brother James recalled, "I felt that my parents believed that children were more to be tolerated. I always had the feeling how much was being done for us, how much we owed for this opportunity!" The family moved to Pleasant Valley, a small town near Poughkeepsie in upstate New York, when Wigand was a teenager. A gifted student, particularly in chemistry and biology, Wigand dreamed of becoming a doctor. He attended Dutchess Community College in Poughkeepsie where he ran on the cross-country team and worked part-time as a scrub nurse at Vassar Brothers Hospital.

Then in 1961, after just one year of college, Wigand dropped out of college and joined the United States Air Force. "It was a rebellion to get away," Wigand's brother James explained. "My mother just about freaked out… but if you make someone so suppressed the anger kind of builds up." Wigand was assigned to Misawa, an American military base in Japan, where he ran an operating room and taught English while learning to speak fluent Japanese and earning a black belt in judo. He spent about a month in Vietnam but was not involved in any fighting there. "It was 1963, and nothing was going on," Jeffrey Wigand later remembered. After returning to the United States, Wigand went to the State University of New York at Buffalo to resume his education, receiving his B.A. in Chemistry, his M.A. in biochemistry and finally his Ph.D. in biochemistry in 1973. While pursuing his graduate studies, Wigand met and fell in love with a legal secretary named Linda, and they married in 1971.

After receiving his doctorate, Wigand spent the next 17 years of his life working in the healthcare industry. His first job was as a researcher at the Boehringer Mannheim Corporation. He then moved on to the pharmaceutical giant Pfizer until, in 1976, he received a lucrative offer from Union Carbide to perform clinical trials on medical equipment in Japan. While Wigand excelled professionally during his time overseas, his relationship with his wife, who suffered from multiple sclerosis, deteriorated. She returned to the United States without him, and they divorced shortly after.

In the early 1980s, Wigand returned to the United States to work for the pharmaceutical manufacturer Johnson & Johnson. He next moved to Technicon to serve as senior vice president in charge of marketing blood testing equipment, and then in 1987 he was named president of Biosonics, a small medical equipment company. Wigand remarried to a Johnson & Johnson sales representative named Lucretia in 1986.

For the next two years, Wigand worked as a high school science and Japanese teacher, earning approximately one-tenth his previous salary at Brown & Williamson. Then, in 1994, Wigand broke his confidentiality agreement and agreed to work as a consultant with CBS's 60 Minutes producer Lowell Bergman on a story about tobacco industry efforts to develop a "fire safe" cigarette. Thus began a dramatic two years that would see Wigand become one of the most famous "whistleblowers" (corporate informants) in American history. Driven by a potent mixture of moral outrage and desire for revenge, Wigand slowly overcame his fear of retribution to expose the tobacco industry's lies about the health risks of cigarettes. On November 29, 1995 he gave deposition testimony in a case brought by the state of Mississippi against tobacco companies in which he stated that tobacco companies manipulated nicotine content, suppressed efforts to develop safer cigarettes and lied about the addictive properties of nicotine. Excerpts of his testimony were published in the Wall Street Journal. After months of debating whether to risk provoking the ire of the big tobacco companies, on February 4, 1996 CBS aired a 60 Minutes interview with Wigand during which he made his attacks on the tobacco industry directly to the nation.

Wigand's decision to become a whistleblower came at great cost to his personal life and even brought risks to his personal safety. Under enormous pressure and stress, Wigand turned to drinking heavily. His drinking problem became so severe that he stole a bottle of liquor from a convenience store, got into a drunken physical confrontation with his wife and eventually filed for divorce. Brown & Williamson then unleashed a ruthless smear campaign against Wigand that publicized – and greatly exaggerated – such incidents to paint him as a raging alcoholic, wife-beater and pathological liar. Wigand's home and his lawyers' offices were broken into and robbed of personal documents, and he received several death threats that forced him to abandon his home and live secretly in various hotels with a full-time bodyguard.

For braving such hardships, and exposing such revelatory information about the tobacco industry, Jeffrey Wigand will go down in American history as one of the most daring and important whistleblowers of all time. His exposure of tobacco industry lies led directly to stronger government curbs on the behavior of the tobacco industry. As an expert witness in litigation, he helped to bring about the 1998 Master Settlement Agreement in which tobacco companies agreed to pay billions of dollars to states to offset medical costs incurred treating smoking-related illnesses. Wigand also founded a nonprofit called Smoke-free Kids to educate children about the dangers of smoking. His dramatic life story as popularized in the highly acclaimed 1999 film The Insider, in which Russell Crowe portrayed Wigand's part. While many revere Wigand as a hero, he maintains that he simply did what any decent human being in his situation would have done. "I am honored that people think I am a hero," he once said. "But I do not accept that moniker as others are much more deserving of it. I did what was right… have no regrets and would do it again. As you see, we were just ordinary people placed in some extraordinary situations and did the right thing… as all should do."