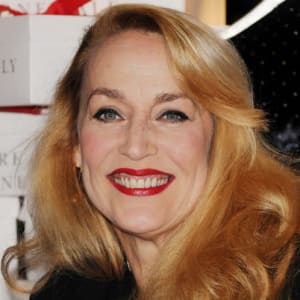 Model and actress Jerry Hall was married to The Rolling Stones’ Mick Jagger. More recently, she starred in stage productions of Bus Stop and The Graduate.

Jerry Hall was born on July 2, 1956, in Gonzales, Texas. She left home at 21 to become a model. In 1977, she started dating Mick Jagger. She then had a string of bit parts, including one in Batman (1989). She and Jagger married in 1990 and later divorced. More recently, she took to the London stage with roles in Bus Stop and an adaptation of The Graduate. She continues to work as a model.

Model and actress Jerry Faye Hall was born on July 2, 1956, in Gonzales, Texas. Hall first came to public attention as a model in the 1970s, but she is best known for her off-again, on-again relationship with Rolling Stones lead-singer Mick Jagger.

Born to a working class family (Hall's father, John, was a trucker) Hall left home at the age of 21 to pursue a modeling career in New York. Her attempts to parley her supermodel status into an acting career have met with modest results. She has had a string of bit parts in television programs and films, the most prominent of which was a small part in Batman (1989).

Most recently, she has taken to the London stage with roles in Bus Stop and an adaptation of the film The Graduate. She continues to work as a model.

Early success launched Hall into a celebrity social scene that bore a string of highly publicized relationships. In 1977, she broke her engagement with musician Brian Ferry to be with Jagger, who was still married to his first wife, Bianca, at the time. The couple lived together and had two children, Elizabeth Scarlett and James Leroy Augustin, before finally marrying in 1990. Over the course of the next decade, Hall and Jagger had two more children — Georgia May Ayeesha in 1992, and Gabriel Luke Beauregard in 1997.

In early 1999, Hall filed for divorce amidst rumors that Jagger had impregnated model Luciana Morad. Jagger countered with the claim that their 1990 Hindu marriage — which took place in Bali — was not a legal union. Later that year, Hall agreed to an annulment with an accompanying $15 million dollar settlement.

In January 2016, Hall became engaged to 84-year-old media mogul Rupert Murdoch. The couple reportedly started dating the previous summer. They tied the knot on March 4, 2016 in London. The marriage is Murdoch's fourth.