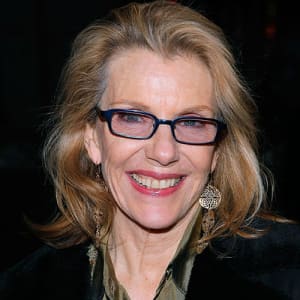 Jill Clayburgh was an Oscar-nominated American actress who had memorable roles in ‘An Unmarried Woman,’ ‘Starting Over,’ ‘Running With Scissors’ and ‘Bridesmaids.’

Who Was Jill Clayburgh?

Born in 1944, Jill Clayburgh lent her acting talents in film, television and on stage in a career that spanned four decades. She is best known for her Oscar-nominated roles in An Unmarried Woman (1978) and Starting Over (1979) and her Emmy-nominated roles in Hustling (1975) and much later in her career, her guest role in Nip/Tuck, starting in 2004. Her Broadway projects include The Rothschilds (1970), Pippin (1972) as well as Barefoot in the Park (2006). Later in her career, Clayburgh became famous for playing the mother of Ally McBeal and for her role on ABC's Dirty, Sexy Money (2007-2009). Among her last films were Running With Scissors (2006) and Bridesmaids (2011). In 2010 Clayburgh died from a long battle with leukemia at the age of 66.

Clayburgh died on November 5, 2010 after an over 20-year battle with chronic lymphocytic leukemia. She was surrounded by her husband and family in her home in Connecticut.

Around the time of her death, her husband had announced in lieu of a funeral, there would be a memorial in her honor.

Clayburgh's husband was David Rabe, the Tony-Award winning playwright of Stick and Bones (1972). The two married in 1978 and were together until her death. They had two children: a son Michael and daughter Lily, who is known for her work on Broadway (The Merchant of Venice) and in American Horror Story. Clayburgh also had a stepson, Jason, who was from her husband's previous marriage.

Clayburgh's first film was The Wedding Party (1969), which starred her good friend Robert De Niro and was co-directed by Brian DePalma. In 1976 she would star in the comedy-thriller Silver Streak as the object of Gene Wilder's affections and the romance Griffin and Phoenix with Peter Falk.

'An Unmarried Woman,' 'Starting Over'

But it was in 1978 that Clayburgh would come to prominence. In the comedy drama, An Unmarried Woman, she played Erica Benton, a newly divorced woman who begins delving into her sexuality.

"There was practically nothing for women to do on the screen in the 1950s and 1960s," Clayburgh told The Associated Press in 1978 as she promoted the film. "Sure, Marilyn Monroe was great, but she had to play a one-sided character, a vulnerable sex object. It was a real fantasy."

"I felt honored the moment she signed on to do the film," Wiig said about Clayburgh to Us Weekly in 2011. "She was a very maternal, nurturing spirit. She was also game for anything. There were times when she was saying things and I would just start laughing… She was amazing."

On the small screen, Clayburgh also garnered her fair share of accolades. Early on, she received an Emmy nomination for the TV Movie Hustling in 1975 and later made appearances in David E. Kelly's shows The Practice and Ally McBeal (as McBeal's mother). In 2005 she nabbed her second Emmy nomination for her guest role in Nip/Tuck and two years later, took on the matriarchal character of Letitia 'Tish' Darling in the drama Dirty Sexy Money from 2007 to 2009.

Of her four decades-long career, Clayburgh once said: "One of the funny things about actors is that people look at their careers in retrospect, as if they have a plan," she said in 2005. "Mostly you just get a call. You're just sitting there going, 'Oh, my God. I'm never going to work again. Oh, God. I'm too old. Maybe I should go and work for Howard Dean.' And then it changes."

Clayburgh made her first Broadway appearance with The Sudden and Accidental Re-Education of Horse Johnson in 1968 and would continue with The Rothchilds (1972), Jumpers (1974), Pippin (1975) and Design for Living (1984). Focusing on raising her two children, she took a long hiatus before returning to the stage in A Naked Girl on the Appian Way (2005) and Barefoot in the Park (2006) — the latter starring Amanda Peet and Patrick Wilson.

While working at Boston's Charles Street Repertory Theater during her budding years as an actress, Clayburgh met up-and-coming fellow actor Al Pacino. The two dated for five years and even appeared together in an N.Y.P.D. episode in 1968, as well as the Off-Broadway show, The Indian Wants the Bronx that same year.

Born on April 30, 1944 in New York City, Jill Clayburgh came from an affluent family. She was the daughter of parents Albert "Bill" Clayburgh, a corporate vice president and Julia Louise Dorr, an actress and Broadway secretary to the famed producer David Merrick.

Clayburgh attended the prestigious Brearley School and pursued her undergraduate studies at Sarah Lawrence. It was during her college years she realized she wanted to act.