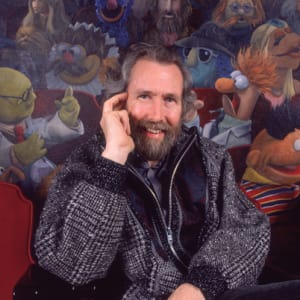 Jim Henson was an American puppeteer best known for creating TV characters, including the Muppets, and for his work on the popular children’s show Sesame Street.

Jim Henson, the man behind the Muppets, was born on September 24, 1936, in Greenville, Mississippi. Henson began working as a puppeteer in college, creating characters like Kermit the Frog. He worked as a producer on Sesame Street, a popular kids' show that launched in 1969, and created The Muppet Show in 1976. The Muppet Movie, the first of many movies featuring Henson's famous characters, appeared in 1979. Henson received several accolades for his work, including Emmys, Grammys and a Peabody Award. He died of pneumonia on May 16, 1990.

Jim Henson was born James Maury Henson on September 24, 1936, in Greenville, Mississippi. At a young age, Henson was drawn to the arts. His maternal grandmother, a painter, quilter and needleworker, encouraged his creative passions, including his puppetry. Well before his teen years, Henson was performing puppetry for audiences, including his fellow Cub Scouts. His youth was also spent toying with different visual mediums, including television, which he adored. A major influence of his childhood was TV puppeteer Burr Tillstrom, of the show Kukla, Fran and Ollie.

Henson had his first dalliance with televised puppetry while still in high school. He began performing with his puppets on a local Washington, D.C. Saturday morning program. By his freshman year at the University of Maryland, in 1955, Henson had scored a bi-weekly bit on a local NBC affiliate, Sam and Friends. The program scored a local Emmy Award in 1958, the same year that Henson founded the Jim Henson Company. The Muppets, including an early version of Kermit the Frog, were borne from Sam and Friends.

The puppet characters' popularity continued to grow, and they were soon making appearances in TV commercials, including one for Wilkins Coffee. One of Henson's puppet characters, Wheel Stealer, who snatched a family’s snacks on a food commercial and later chomped on an IBM computer in a TV ad, was an early incarnation of the beloved blue Cookie Monster. The first Muppet to gain national exposure, Rowlf the Dog, went from making appearances in Purina commercials to playing a sidekick on The Jimmy Dean Show in 1963. Rowlf was brought to life with the assistance of puppet builder Don Sahlin and puppeteer Frank Oz. Members of Henson's growing puppeteering team also appeared on The Today Show and The Ed Sullivan Show.

Around the same time, Henson began experimenting with short films, including 1965's Academy Award-nominated Time Piece. Then, in 1969, Henson teamed up with Children’s Television Workshop to produce the now-classic children's show on PBS, Sesame Street. As the show's theme song goes, Henson swept "the clouds away" with various original characters, including Big Bird, Ernie, Bert, Oscar the Grouch, Grover, Snuffulupagus and Elmo. Between his puppetry and animated shorts, Henson perfected his gift for engaging children and making learning fun on Sesame Street.

But Henson's even bigger claim to TV fame came in the 1970s, with the debut of The Muppet Show. Surprisingly, Henson had a challenging time getting the show financed in the United States, but eventually found the support needed with London-based TV producer Lord Lew Grade. In 1975, at Grade's ATV Studios, Henson and his crew created Miss Piggy, Fozzie, Animal, Gonzo, Scooter and the rest of The Muppet Show ensemble. The hit series, with Kermit as the host, premiered in 1976. Soon after, superstar guest hosts came aboard, including Liza Minnelli, Elton John, Vincent Price and Steve Martin. Henson’s show reached a staggering 235 millions viewers in more than 100 countries, and earned three Emmy Awards.

The Muppet Show also led to feature films for Henson, including The Muppet Movie in 1979, and an animated TV spin-off, Jim Henson’s Muppet Babies, that garnered four consecutive Emmys (outstanding animated program). But Henson didn’t limit his TV puppetry to his original Muppets. In the 1980s, he developed the TV series Fraggle Rock, The Jim Henson Hour and Jim Henson's The Storyteller. Other major motion pictures followed too, including 1982’s The Dark Crystal, a groundbreaking film mixing puppetry and animatronics, and 1986’s Labyrinth, which was produced by George Lucas and starred David Bowie and Jennifer Connelly.

Henson’s last project was Muppet*Vision 3D, a multimedia attraction installed at Disney theme parks in California and Florida. The endeavor wasn't expected to be the famous puppeteer's swan song, but on May 16, 1990, following a brief and unexpected bout of streptococcus pneumonia, Henson died at the age of 53. His moving yet celebratory funeral included a musical puppet performance. Big Bird himself walked in to pay his respect and sing, "It’s Not Easy Being Green." The supersized yellow puppet also expressed thanks to Kermit the Frog—often attributed as Henson’s Muppet alter ego.

Jim Henson's legacy as a director, producer, writer, puppeteer and innovator has continued for decades to come, due in no small part to his wife of more than 30 years, the late Jane (Nebel) Henson. (Henson and Jane met in college and married in 1959; they separated in 1986, but never divorced.) Jane Henson established the Jim Henson Legacy, dedicated to preserving and perpetuating her late husband's contributions to the world, in 1992. Jane also helped run the Jim Henson Foundation, founded in 1982 by Jim and the couple's daughter, Cheryl. The Jim Henson Foundation is committed to supporting American puppet theater. Jane Henson died on April 2, 2013, at the age of 78. Henson’s other daughter, Lisa, is currently CEO of the Jim Henson Company; his son, Brian, also a puppeteer, serves as a chair for the company.

The Henson family isn’t alone in keeping their father’s dream alive: The Walt Disney Company has introduced a whole new generation of kids and parents to Henson's puppet pals, releasing the blockbuster movie The Muppets in 2011.

As young Robin the Frog, Kermit’s nephew, so eloquently said in a Muppets tribute to Henson shortly after his passing, "This Jim Henson may be gone, but maybe he’s still here too, inside us, believing in us."