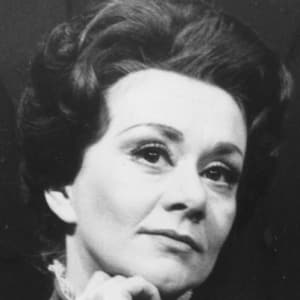 Dame Joan Plowright is an English stage and film actress. She was married to Sir Laurence Olivier.

Dame Joan Plowright was born October 28, 1929, in Scunthorpe, Lincolnshire, England. She was trained at the Old Vic Theatre School and debuted in 1951. Her dual roles–as an old woman and a 17-year-old–in plays by Ionesco brought her acclaim. Plowright was nominated for a best supporting actress Academy Award for Enchanted April. She was married to Laurence Olivier until his death in 1989.