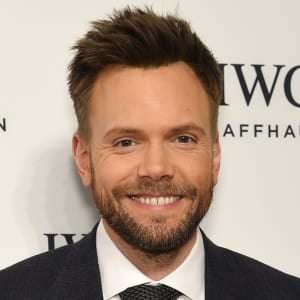 Joel McHale is a writer, actor and comedian best known for hosting E!’s ‘The Soup,’ and playing Jeff Winger on NBC’s ‘Community.’

Born on November 20, 1971 in Rome, Italy, Joel McHale was raised in Seattle, Washington. After graduating from college, he moved to Los Angeles where he began his career by working with an improv group and doing sketch comedy. From there he landed roles in sitcoms like Will & Grace. He gained fame writing and hosting E!’s The Soup and then scored the role of Jeff Winger on the NBC sitcom Community. In 2016, he stars as the lead in CBS’s The Great Indoors. McHale has also appeared in several films over the years.

Comedian Joel McHale graduated from the University of Washington with an MFA in acting. After moving to Los Angeles, he started out in sketch comedy and worked in an improv group before landing TV roles in popular shows like Will & Grace. In 2004, he appeared in Spider Man 2 and began writing for and hosting E!'s The Soup, a weekly review of the funniest celebrity and reality TV moments. He earned an Emmy nomination for his work in 2014.

Wearing many hats, McHale has also stayed busy hosting various award shows and continues to do stand-up. His memoir, Thanks for the Money: How to Use My Life Story to Become the Best Joel McHale You Can Be, is set to release in November 2016.

McHale lives in Los Angeles with his wife Sarah Williams, whom he married in 1996. The couple have two sons, Edward ("Eddie') and Isaac. Eddie was born with a heart defect and underwent life-saving open heart surgery as an infant.