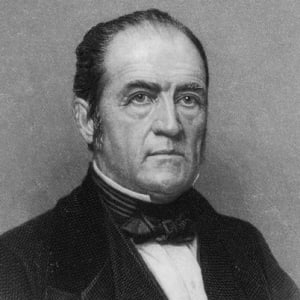 John Bell was elected Tennessee senator in 1847, serving in the Senate until 1859. He was also a U.S. presidential nominee on the eve of the American Civil War.

John Bell was born on February 15, 1797, near Nashville, Tennessee. After six years' retirement from political life, he was elected U.S. senator for Tennessee in 1847, serving in the Senate until 1859. Bell's temperate support of slavery combined with his vigorous defense of the Union brought him the presidential nomination on the Constitutional Union ticket in 1860, but he carried only three states. Bell died on September 10, 1869, in Dover, Tennessee.