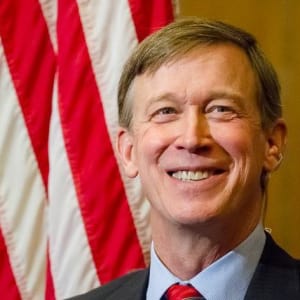 John Hickenlooper is best known as the current Democratic governor of Colorado.

Born on February 7, 1952 in Narberth, Pennyslvania, John Hickenlooper is a pro-business entrepreneur who is the current Democratic governor of Colorado. His professional background is varied: He was a geologist and eventually became an owner of a thriving beer brewing company. In 2003 he became the mayor of Denver and served two terms before being elected governor of the state in 2011. In 2016 he published his memoir, The Opposite of Woe: My Life in Beer and Politics.

Democratic presidential candidate Hillary Clinton has reportedly been eyeing Hickenlooper as a potential 2016 VP running mate for his ability to work successfully across party lines and for governing in a swing state.