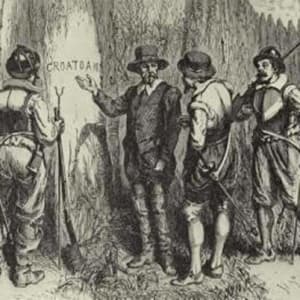 John White was an English artist, explorer, cartographer and governor of the English settlement on Roanoke Island (now in North Carolina, U.S.).

In April 1585 John White sailed on an expedition that planted a settlement on Roanoke Island. He executed many paintings and sketches of the region. The colony was abandoned in 1586, and he returned to England. In 1587 he sailed as governor of a second colony that Sir Walter Raleigh attempted to found in North America. The colony was established on Roanoke Island that July.