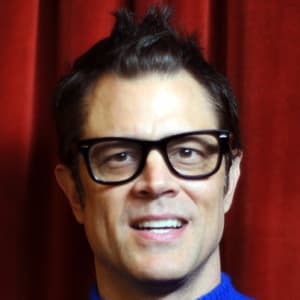 Actor and stuntman Johnny Knoxville is most famous for performing extreme stunts on the American TV series “Jackass.”

Born in Tennessee in 1971, Johnny Knoxville has entertained audiences for 10 years and counting, most notably along with Steve-O and the rest of the Jackass crew. He has also appeared in numerous Hollywood films.

Johnny Knoxville was born Philip John Clapp in Knoxville, Tennessee, on March 11, 1971. His father, Phil Clapp, ran a local tire store and played practical jokes on Knoxville during his childhood. The future actor/stuntman got A's in high school but had no desire to go to college. After graduation, he moved to Southern California, where he had won a scholarship to attend the American Academy of Dramatic Arts, but he left acting school after only two weeks.

In 1995, he married Melanie Lynn Cates in Las Vegas. The couple had one daughter together, Madison. Knoxville says becoming a father inspired him to pursue his career seriously. His early work was brief and largely unseen: He appeared in fast-food and soft-drink commercials and wrote a novel that was never finished. "I just wanted to be something," he has said. "I probably didn't have the greatest plan, in hindsight. Which was none."

At that time, Knoxville also had an idea to write an article in which he tested self-defense equipment on himself. He pitched the concept to a number of magazines until his idea was accepted by the skateboarding publication Big Brother, on the condition that he also videotape his experiments. The resulting footage included Knoxville being doused with pepper spray, shocked with a stun gun and Tasered. For his grand finale, he shot himself at point-blank range with a .38 caliber Smith & Wesson while wearing a bulletproof vest. His antics eventually made their way onto the desks of MTV executives, and with the support of director Spike Jonze, the music network gave Knoxville and his team money to create a television pilot.

Knoxville starred on the MTV reality show Jackass for two years, having turned down an offer to do similar stunts for Saturday Night Live. The show was famous for featuring dangerous stunts and pranks (Knoxville is said to have been knocked unconscious several times during the filming of the show). He went on to appear in subsequent movie versions of the series and had roles in Hollywood films such as Men in Black II (2002), The Dukes of Hazzard (2005) and Walking Tall (2004). He also shared the screen with Arnold Schwarzenegger in the 2013 film The Last Stand. In February 2001, he appeared on the cover of Rolling Stone.

Knoxville filed for divorce from wife Melanie in 2007, after 12 years of marriage. In 2010, he married Naomi Nelson. The two have a son (Rocko) and daughter (Arlo) together.