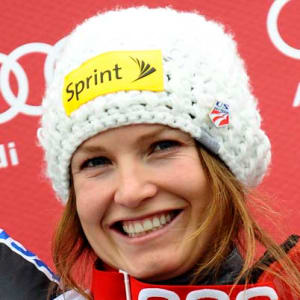 American skier Julia Mancuso won a gold medal at the 2006 Winter Olympics and two silver medals at the 2010 Olympic Games.

Born on March 9, 1984, in Reno, Nevada, Julia Mancuso began skiing competitively at an early age. At the 2006 Olympic Games, she became the first American woman in eight years to win a gold medal in an alpine event. After recovering from injuries, Mancuso won silver twice at the 2010 Winter Games, making her the first American female skier with three career Olympic medals in alpine racing.

Olympic skier Julia Mancuso was born on March 9, 1984, in Reno, Nevada, but spent most of her childhood in Kauai, Hawaii, and Squaw Valley, California. When she was five years old, her father, Ciro, was arrested for running a $140 million marijuana-smuggling operation. Mancuso channeled her frustration over this into athletics; by the age of 8, she was skiing competitively in local races.

In November 1999, when she was 15 years old, Mancuso made her World Cup debut. She was named to the U.S. Olympic ski team for the 2002 Winter Games in Salt Lake City, Utah. There, she finished 13th in her only event, the combined.

Over the course of several Junior World Championships, Mancuso racked up an impressive eight medals (five gold and three bronze). In 2005, she made an impact at the senior level when she won bronze medals in the super G and the giant slalom at the World Championships in Bormio, Italy.

Mancuso emerged as one of the biggest stars from the U.S. team during the 2006 Winter Olympics in Turin, Italy. Placing a tiara on her helmet for the slalom portion of the women's combined displayed her colorful personality; her elite skills were in evidence when she won gold in the giant slalom. Mancuso was the first American woman to top the podium in an alpine event since Picabo Street in 1998. She wore her tiara at the medal ceremony, and later had one painted on her helmet.

After undergoing hip surgery, Mancuso finished third in the overall standings for the 2007 World Cup. The next few years saw her affected by hip and back problems; going into the 2010 Winter Olympics in Vancouver, Canada, Mancuso was overshadowed by fellow U.S. women's ski team member Lindsey Vonn. However, Mancuso went on to win silvers in the downhill and combined events at the Vancouver Games, becoming the first American woman with three career Olympic medals for alpine racing.

Mancuso won downhill gold at the World Cup in March 2011, marking her first international win in four years. In March 2013, hometown fans in Squaw Valley witnessed her win in the giant slalom, which gave her a record 16th U.S. title. The accomplishment also gave Mancuso's fans reason to believe that more Olympic honors could be forthcoming at the 2014 Winter Games in Sochi, Russia.

Mancuso's fans were right, as the skier took home a bronze medal for the Alpine Skiing Ladies' Super Combined event at the 2014 Sochi Olympics. In the other events that she participated in, including the Alpine Skiing Ladies' Downhill and the Super-G, the celebrated skier failed to medal. After the closing of the Olympics, Mancuso still planned to continue her skiing career, as she panned to compete in the 2014 Nature Valley U.S. Alpine Championships.

Mancuso reconnected with her father after he was released from prison in 2000, and he regularly attends her competitions.

Along with her impressive accomplishments on the slopes, Mancuso founded the Kiss My Tiara underwear line and assumed ownership of a fitness center. She has been involved in several charitable causes, and once climbed Mount Kilimanjaro to raise money for the international humanitarian organization Right to Play.