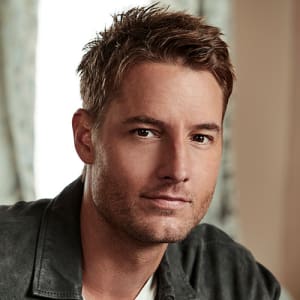 Justin Hartley is an actor who starred on soaps and in TV shows such as ‘Smallville’ and ‘Revenge’ before he gained widespread fame for his role as Kevin Pearson on the hit drama ‘This Is Us.’

Who Is Justin Hartley?

Born in 1977, Justin Hartley first found success on the soap operas Passions and the Young and the Restless. Hartley also had recurring roles on the CW’s Smallville and ABC’s Revenge before landing the starring role of Kevin Pearson on This Is Us, for which he and his costars won the 2017 Screen Actors Guild Awards Outstanding Performance by an Ensemble in a Drama Series.

Hartley married soap opera actress Chrishell Stause on October 28, 2017 at Malibu’s Calamigos Ranch. It was his second marriage. Hartley has a teenaged daughter from his previous marriage to Passions co-star Lindsay Korman.

NBC’s ‘This Is Us’ aired for the first time in September 2016, and quickly established itself as one of television’s most popular (and tear-jerking) family dramas. Hartley stars along with Mandy Moore, Milo Ventimiglia, Sterling K. Brown and Chrissy Metz in the cross-generational saga of the Pearson family. As all-American hunky Kevin Pearson, success comes easy to him — even starring on a popular TV show. But the series begins with him having an onscreen meltdown on the set of his hit show, The Manny, and follows his subsequent struggles with opioid and alcohol addiction.

‘Passions’ and ‘The Young and the Restless’

In 2014 Hartley joined the cast of The Young and the Restless where he played Adam Newman for 100 episodes, which earned him an Emmy nomination. He left in 2016 to join This is Us.

Hartley had made his television debut on television in the role of Nicholas Foxworth "Fox" Crane on Passions. He remained in the role from December 17, 2002-February 10, 2006 when he left to become Aquaman on the CW.

The Green Arrow on 'Smallville'

Though Aquaman (aka Mercy Reef) wasn't picked up as a series, the CW asked him to play another iconic D.C. Comics superhero, Oliver Queen/The Green Arrow, on its longtime superhero drama series Smallville. In addition to his work on Smallville (2006-2011), Hartley has had recurring roles on several prime time TV shows throughout his career. He starred opposite Rosario Dawson in the 2008 Web series Gemini Division and on the series Emily Owens, M.D., starring Mamie Gummer, he played Dr. Will Collins. In 2015-26, he portrayed Scott Trosman on Mistresses, which starred Yunjin Kim and Alyssa Milano.

Of these roles, he is probably best known for his role on the evening soap, Revenge, (2013-14) where he played a rare villainous character. Patrick Osbourne was the long-lost son of Victoria, played by Madeleine Stowe — a closeted gay man who ends up killing a priest.

Justin Scott Hartley was born to Jackie and Mark Hartley in Knoxville, Illinois, on January 29, 1977. He has an older brother, Nathan, a younger sister, Megan and a younger half-sister, Gabriela Carrillo. He grew up in Orland Park, Illinois, and attended Carl Sandburg High School, before going to Southern Illinois University Carbondale and the University of Illinois at Chicago to study history and theater.

Six months after Hartley began dating his Passions costar Lindsay Korman, the pair were engaged on November 13, 2003. On May 1, 2004, they got married and on July 3, 2004, the couple had a daughter, Isabella Justice. In 2012 the couple announced they were divorcing after eight years of marriage. They share custody of their daughter.

In 2014 Hartley began dating soap opera actress Chrishell Stause and two years later, they were engaged. In October 2017, the couple married at Malibu’s Calamigos Ranch. Several of his This Is Us costars, including Mandy Moore, Chrissy Metz, Sterling K. Brown and Milo Ventimiglia, were attendees.