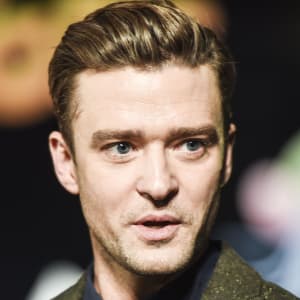 Singer Justin Timberlake got his start on ‘The New Mickey Mouse Club’ and made it big with boy band *NSYNC, before becoming a solo singer and actor.

Who Is Justin Timberlake?

Born on January 31, 1981, Justin Timberlake began his career on The New Mickey Mouse Club, starring with Britney Spears and Christina Aguilera. In 1995, he became a teen heartthrob with the pop group *NSYNC. After the pop group's immensely successful run in the '90s, Timberlake went solo in 2002, releasing his own album, Justified. He proved he could stand alone with the Grammy-winning album, and continued his success as a solo artist with FutureSex/LoveSounds (2006), the two-part The 20/20 Experience (2013) and Man of the Woods (2018). Aside from a prominent singing career, Timberlake also proved himself a talented actor, starring in Alpha Dog (2006), The Social Network (2010) and In Time (2011).

Justin Randall Timberlake was born on January 31, 1981, in Memphis, Tennessee to parents Randall “Randy” Timberlake and Lynn Bomer. He spent his childhood days in Shelby Forest. Raised a Baptist, Timberlake grew up singing in the church choir. His family circle also included a number of musicians who nurtured his talent, including an uncle who played in a bluegrass band and a grandfather who first taught the young Timberlake guitar, and who had himself jammed with Elvis Presley. His grandfather also introduced him to the songs of Willie Nelson and Johnny Cash. At the same time, his father played him songs by bands like the Eagles and Queen. Memphis was also home of the blues and he got turned on to the likes of B.B. King and others. In 1985, his parents divorced. Both have remarried and the extended family remains close. He has two half-brothers on his father’s side. His half-sister died shortly after birth and Timberlake would pay tribute to her in the *NSYNC song “My Angel in Heaven.”

From 1993 to 1995, he performed on The New Mickey Mouse Club, along with pop stars Britney Spears, Christina Aguilera and JC Chasez. Afterward, Timberlake and Chasez, along with Lance Bass, Joey Fatone and Chris Kirkpatrick, formed the all-male singing group *NSYNC. The boy band would go on to become one of the hottest pop groups of the 1990s, first as an overnight sensation in Europe and then later in the U.S. Their self-titled debut album included hits like "I Want You Back" and "Tearin' Up My Heart."

After dealing with a very public legal battle with their former manager Lou Pearlman, the band released their sophomore follow-up, No Strings Attached in 2000, which became the top-selling album of the year and the bestselling album of the decade. Its first single, "Bye Bye Bye" becoming their signature song, and more hits like "It's Gonna Be Me" and "This I Promise You" helped solidify them as one of the most popular boy bands in music history. The follow up and final album, Celebrity, was released in 2001 and produced three hit singles: "Pop," "Gone," and "Girlfriend." The PopOdyssey tour, which promoted the album, became one of the biggest tours of the year, earning $90 million.

In June 2016 it was announced that the group would receive a star on the Hollywood Walk of Fame in 2017.

In 2002, Timberlake decided to pursue a solo career, debuting with the hit song "Like I Love You." Later that year, he released his first solo album, Justified, which sold more than 7 million copies worldwide. He received two Grammy Awards in 2004 for Best Pop Vocal Album and Best Male Pop Vocal Performance. The wins came on the heels of a controversial Super Bowl performance with Janet Jackson in which Timberlake accidentally tore off a portion of Jackson's costume revealing her bare breast.

As a solo artist, Timberlake has often collaborated with the Black Eyed Peas, receiving a Grammy nomination with the band for "Where Is The Love?" He has also worked with Nelly, Snoop Dogg and Nelly Furtado and started his own record company, JayTee Records, in 2005. The following year, he released his second solo album, FutureSex/LoveSounds, which debuted at No. 1 on the Billboard chart. (The album's lead single, "SexyBack", spent several consecutive weeks at No. 1.) Some of the album's other hit tracks include "My Love," "What Goes Around Comes Around," and "LoveStoned/I Think She Knows," with the last two songs garnering Grammys. In 2008, Timberlake helped make Madonna's single, "4 Minutes", a Top 10 hit. Not only did he provide complimentary vocals, he was also a co-writer of the song. Timberlake also contributed to several other tracks on Madonna's Hard Candy album.

Also in pursuit of an acting career, Timberlake has experienced success in both film and television. While parts in Alpha Dog (2006) and Black Snake Moan (2006) garnered little notice, he did hit it big as the voice for a young King Arthur in 2007's smash animated film Shrek the Third, which featured Mike Myers as the title character. Other work soon followed, as Timberlake teamed up with Myers once again when he appeared in the 2008 comedy The Love Guru. He also had a role in the drama The Open Road (2009) with Jeff Bridges and Mary Steenburgen.

One of Timberlake's most notable performances to date was in 2010's The Social Network, the drama about the creation of Facebook. Timberlake played real-life internet tycoon Sean Parker in the film. Turning to more comedic fare, he starred in Bad Teacher with Cameron Diaz and in Friends with Benefits with Mila Kunis, both in 2011. Timberlake also has a leading role in the 2013 thriller Runner Runner with Ben Affleck. Keeping in stride with his latest string of more serious roles, Timberlake has also taken on the part of Neil Bogart in the film Inside Llewyn Davis (2013).

In addition to his roles on film, Timberlake has made a name for himself in the television industry as well. Timberlake made his first appearance on Saturday Night Live as both a host and musical guest in 2006. His routines and comedic timing made him a fan favorite among the hosts who have graced the stage. Having won two Emmy Awards for Outstanding Guest Actor in a Comedy Series in 2009 and 2011, he has proven himself as a versatile actor with his work in TV.

In January 2013, Timberlake returned to the music scene with the hit single "Suit & Tie." The song appeared on his album The 20/20 Experience released that March, reaching the top of the album charts in its first week. Before the long-awaited album was released, Timberlake performed "Pusher Love Girl" and "Suit & Tie" alongside Jay-Z at the 2013 Grammy Awards ceremony. Timberlake continued to enjoy this wave of success in August when he picked up the VMA Vanguard Award at the MTV Video Music Awards. At the ceremony, he gave an impressive performance, which also featured a reunion with his *NSYNC bandmates.

He quickly followed The 20/20 Experience with The 20/20 Experience Part 2 of 2 in October of the same year. The follow-up album didn't find the same critical acclaim that the previous iteration found, however the album still produced the hit single "Take Back the Night." In the spring of 2016 Timberlake released the lead single "Can't Stop the Feeling," which is featured on the DreamWorks animation Trolls, in which he is also executive music producer. The track went straight to No. 1 on the Billboard Hot 100, as well as 16 other countries.

'Man of the Woods' and Super Bowl Return

In January 2018, Timberland dropped the first single from his upcoming studio album, a slow bedroom number titled "Filthy." He followed later in the month with the Top 10 hit "Say Something," featuring Chris Stapleton. The album, Man of the Woods, which also includes collaborations with Timbaland and Pharrell Williams, was released shortly before the singer's performance at the Super Bowl LII halftime show in early February.

The Super Bowl gig generated controversy well before Timberlake took the stage, with the hashtag #JusticeForJanet circulating on social media among Jackson fans who felt she took the brunt of the fallout from the 2004 Super Bowl show. Furthermore, the rumor that Timberlake planned to perform with a hologram of Prince incited additional backlash, as fans cited an interview in which the deceased music great specifically stated his opposition to that sort of special effect.

Timberlake eased his way back into the public's good graces during an April performance in Detroit, when he stopped his show to acknowledge a fan waving a sign saying she was pregnant. The fan posted a clip of her big moment to Facebook, generating more than 26,000 views in less than 48 hours.

On July 3, Timberlake released a new track, "SoulMate." To some critics, the samba-like, beach-ready jam marked a welcome return to his roots, following the unevenness of Man of the Woods.

Timberlake once dated fellow pop singer Britney Spears and actress Cameron Diaz. In 2007, he began dating actress Jessica Biel. After an on-and-off relationship that lasted several years, the couple got married in October of 2012, in Puglia, Italy. They later issuing the following statement to People magazine: "It's great to be married, the ceremony was beautiful and it was so special to be surrounded by our family and friends." The couple welcomed a son, Silas Randall Timberlake, in April 2015.

In addition to his music and acting careers, Timberlake has also opened several restaurants, started a clothing line and participated in humanitarian efforts in his native Tennessee.