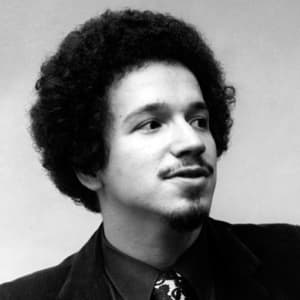 Keith Jarrett is an American pianist and composer known for his wild and melodic improvisational jazz performances.

Born on May 8, 1945, in Allentown, Pennsylvania, pianist/composer Keith Jarrett came to prominence in the late 1960s, after joining Miles Davis for several concerts and albums. Jarrett led his own group, a trio, during the 1970s, and toured and recorded with Norwegian saxophonist Jan Garbarek. By the 1980s, his public performance had turned to classical recitals. In 1983, he formed a highly acclaimed trio known as the "Standards Trio." Known for his wild and melodic improvisational jazz performances, Jarrett is considered one of the most original and prolific jazz musicians of the late 20th century.

The eldest of five boys, Keith Jarrett was born on May 8, 1945, in Allentown, Pennsylvania, to parents Daniel and Irma Jarrett. Jarrett's mother worked to encourage and motivate her son's talents during his youth. By the age of 3, he was already playing the piano. "When I was a little kid and I was studying piano," Jarrett remembered in an interview with The Sydney Morning Herald in October 2011, "I would get music that would look too difficult, so occasionally I remember saying to my mother, 'I don't think I can play this piece.' And she would say, 'Can you play the first note?' I said, 'Yes.' 'Can you play the second note?' 'Yes.' 'Well, then you can probably play the piece.'"

Throughout his childhood, Jarrett was classically trained by local piano teachers and attended programs at the Academy of Music in Philadelphia. He later received a scholarship to attend the Berklee College of Music in Boston, Massachusetts. After finishing just one year of the program, he received an offer to move to Paris, France, and study under famed composer and conductor Nadia Boulanger. Instead of taking the opportunity to further his classical training, however, a 19-year-old Jarrett moved to New York City in favor of pursuing a jazz music career.

New York City was an ideal place for a young prodigy to begin a career in jazz in the 1960s. Jarrett attended weekly jam sessions at the Village Vanguard jazz club in Greenwich Village, which led to his involvement in a number of projects, including performing with Art Blakey's Jazz Messengers, and joining the immensely popular Charles Lloyd Quartet as the band's acoustic pianist. The Quartet toured throughout the United States and Western Europe, recording live albums to wild acclaim.

In 1969, Jarrett formed a trio with fellow musicians Charlie Haden (on bass) and Paul Motian (on drums). Aside from his own trio, Jarrett performed almost constantly with notable jazz musicians of the time. Also during this period, he began touring on electric piano with legendary musician Miles Davis.

Jarrett's staggering talent on the acoustic piano was showcased best when he performed solo. Jarrett released his first principle album, entitled Life Between the Exit Signs, in 1968. Two years later, he began recording with record producer and ECM Records founder Manfred Eicher. As a solo artist, Jarrett's unique stage presence and astounding ability to improvise entire concerts flawlessly completely captivated audiences. No one had previously witnessed an artist so capable of blending the modern sounds of jazz with the style of classical music so effortlessly, or with such conviction. Jarrett had certainly created a style all his own, and audiences noticed.

Quickly gaining popularity, Jarrett recorded the album The Köln Concert at the Cologne Opera House in Cologne (Köln), Germany, in January 1975. Released later that year through ECM, The Köln Concert went on to become the best-selling piano album of all time as well as the best-selling solo album in jazz history, selling more than 3 million copies. Around this same time, Jarrett toured and recorded with Norwegian saxophonist Jan Garbarek, collaborating on albums such as Belonging (1974), Arbour Zena (1975), My Song (1977) and Nude Ants (1979).

In 1983, Jarrett collaborated with bassist Gary Peacock and drummer Jack DeJohnette to record an album of jazz standards, entitled Standards, Vol. 1. The three soon became known as the "Standards Trio," and would continue to record and perform together for nearly 30 years.

The early '80s also marked Jarrett's return to classical music, as he would perform solo parts of concerti with orchestras.

Though he briefly retired from performing after being diagnosed in 1996 with chronic fatigue syndrome, which prevented him from touring and caused him to be bound to his home for extended periods of time, Jarrett has continued to contribute to albums in his later years. Too weak to leave his home due to his condition, Jarrett had a studio installed in his home—a farmhouse in Oxford Township, New Jersey—around this time.

Jarrett has been the recipient of several awards, including the Polar Music Prize (2003) and the Léonie Sonning Music Prize (2004). In 2010, The Köln Concert was inducted into the Grammy Hall of Fame. Jarrett was later named the 2014 recipient of the National Endowment for the Arts' Jazz Masters Award—the nation's highest honor in jazz.

While attending Berklee, Jarrett reconnected with a high school girlfriend, Margot Erney. The two married in 1964 and had two sons, Gabriel and Noah, before splitting in 1973.

In 1980, Jarrett wed Rose Anne Colavito. A love letter that Jarrett wrote to his second wife inspired his next album, The Melody at Night, With You, released in 1999. Jarrett and Colavito split in 2008, after 30 years of marriage.