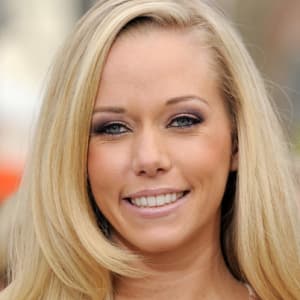 Model Kendra Wilkinson was one of Hugh Hefner’s ‘Playboy’ girlfriends. She co-starred in the series ‘The Girls Next Door’ before earning her own reality show, ‘Kendra on Top.’

Who Is Kendra Wilkinson?

Kendra Leigh Wilkinson was born on June 12, 1985, in San Diego, California. She was raised by her mom, a former Philadelphia Eagles cheerleader, and her grandma. While working as a model, she was invited to Hugh Hefner's 78th birthday and became a Playmate. After co-starring in The Girls Next Door, Wilkinson headlined her own shows like Kendra and Kendra on Top. She married football player Hank Baskett at the Playboy Mansion in 2009.

Kendra Leigh Wilkinson was born on June 12, 1985, in San Diego, California. Her mother, Patti, was a former cheerleader for the Philadelphia Eagles. Wilkinson's father, Eric, left the family when Kendra was four years old.

Raised by her mother and grandmother, Wilkinson grew up in the central San Diego suburb of Clairemont. She attended Clairemont High School, where she showed great interest in a variety of sports, including slow-pitch softball. She played for the area softball league on the Clairemont Bobby Sox team for six years.

After finishing high school in 2003, Kendra Wilkinson took up work as an office assistant, and earned part-time work as a fashion model. Photographer Kim Riley faxed a photo of Wilkinson to Playboy CEO Hugh Hefner. In April 2004, she was hired to attend Hefner's 78th birthday party, where she was chosen to be one of several "painted ladies"—women who walked around wearing nothing but body paint.

During the course of the party, Hefner met Wilkinson and the Playboy mogul asked her to be one of his girlfriends. Wilkinson shared the title with two other Playmates, Holly Madison and Bridget Marquardt. She moved into the Playboy Mansion shortly after.

In 2005, Wilkinson—along with Madison and Marquardt—held a starring role in the reality series, The Girls Next Door, which aired on the E! Network. The show focused on the lives of Hefner's three live-in girlfriends, and the different parties held at the Playboy Mansion.

The first episode aired on August 7, 2005, and the show immediately resonated with audiences. The premiere nearly doubled the average network ratings for that particular time slot. As a result, the original eight-episode run of the series was expanded to 15 episodes, and the wildly successful show launched the already famous trio to a new level of popular recognition.

Wilkinson landed several television roles as the result of her Girls Next Door fame, appearing in cameos on the shows Las Vegas, Curb Your Enthusiasm and Entourage. In December 2005, she was also selected to be a regular columnist for the Philadelphia Eagles' Web site.

The next year, The Girls Next Door began its second season. Ratings for the first episode broke a three-year ratings record for the E! Network. Kendra also appeared in her first film role that year as a young blonde in Scary Movie 4.

By 2008, The Girls Next Door had become an E! Network staple. Wilkinson and her two co-stars, however, were ready to take on new roles. In October of 2008, shortly after fellow girlfriend Holly Madison announced her break-up with Hefner, Wilkinson also made an announcement of her own: that she was engaged to Philadelphia Eagles receiver Hank Baskett.

Hefner gave the couple his blessing, and announced that the wedding was to take place at the Playboy Mansion. It was also rumored that Hefner would give the bride away, though Wilkinson chose her brother for the honor instead.

On June 27, 2009, Wilkinson and Baskett were married at her stomping grounds, the Playboy Mansion, in Holmby Hills, Los Angeles.

'Kendra,' 'Kendra on Top' and Children

In the meantime, Wilkinson managed to score the spinoff Kendra, a look at her life after leaving the Playboy Mansion. The first episode premiered on June 7, 2009, and became the highest-rated reality-show debut for the network since The Anna Nicole Show.

Wilkinson became a mother with the birth of a son, Hank Baskett IV, on December 11, 2009. She and Hank welcomed a daughter, Baskett Alijah Mary Baskett, on May 16, 2014.

In 2012, she began starring in a new show on WE tv, Kendra on Top. This time, the cameras followed Wilkinson as she competed on other reality shows, like Celebrity Wife Swap, while juggling the duties of motherhood. She also performed in a Las Vegas production of Sex Tips for Straight Women from a Gay Man.

By the spring of 2018, however, it appeared that Wilkinson would be moving on to a new phase in life with the impending end of her marriage to Baskett. According to People, the couple had not been wearing their wedding rings and having a "really tough time, especially over the last three to six months." Adding to the strain was Wilkinson's professional commitment in Las Vegas that kept the two at a distance.