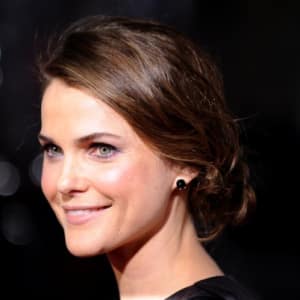 Actress Keri Russell rose to fame on the TV drama ‘Felicity’ and later earned acclaim as a Soviet spy on ‘The Americans.’

Who Is Keri Russell?

Keri Russell was born on March 23, 1976, in Fountain Valley, California. Her first big break came when she was selected to join The Mickey Mouse Club in 1991. Around the same time, she made her film debut in Honey, I Blew Up the Kid. Beginning in 1998, Russell became known to fans as the titular heroine of Felicity. She went on to co-star in the Cold War drama The Americans, which wrapped up its successful six-season run in 2018.

Keri Russell was born on March 23, 1976, in Fountain Valley, California. Initially interested in dance, Russell has built a substantial career as an actress. Her first big break came when she was selected to join the cast of the latest revival of the classic Disney children's variety show, The Mickey Mouse Club, in 1991. In addition to Russell, the show also featured a number of other budding young performers, including Britney Spears, Justin Timberlake, Christina Aguilera and Ryan Gosling.

Around the same time, Russell made her film debut in the Disney comedy Honey, I Blew Up the Kid (1992). She left the All-New Mickey Mouse Club, or MMC as it was often called, in 1993 and appeared in a string of mostly forgettable television movies. After a few guest stints on such shows as Married . . . With Children, Russell tried her hand at nighttime drama with Aaron Spelling's Malibu Shores in 1996. She played a rich high school student named Chloe who falls in love with a boy from the wrong side of the tracks. Unfortunately for Russell, her leading role did not last—the show was cancelled after two months on air.

Two years later, Russell found great success on Felicity as the title character, a young woman who decides to follow her crush to New York City to attend the same college. This coming-of-age drama was a hit with critics and developed a devoted following. In 1999, her earnest portrayal of a naive college student finding her way in the big city netted her a Golden Globe Award.

Through its four-year run, Felicity experienced numerous ups and downs with her personal and romantic life. Encouraged by the show's creator, J.J. Abrams, Russell sheared off her trademark wavy hair for the second season, which did not go over well with fans. Some television executives even blamed her new hairdo for a slide in the ratings.

Despite the hair brouhaha, Felicity remained popular and lasted for several more seasons. She had two main romantic interests over the years: Ben (Scott Speedman), her crush, and Noel (Scott Foley), her first-year dorm advisor. After the show ended in 2002, Russell moved from Los Angeles to New York City. She appeared in the war drama We Were Soldiers (2002) with Mel Gibson.

In 2005, Russell played Joan Allen's daughter in the independent film The Upside of Anger, with Kevin Costner, Erika Christensen, Alicia Witt and Evan Rachel Wood. She also co-starred with Skeet Ulrich in the TV film The Magic of Ordinary Days and the miniseries Into the West that year, before reuniting with Abrams for Mission Impossible III (2006), featuring Tom Cruise.

In 2007, Russell enjoyed a starring role in the independent comedy-drama Waitress (2007). Written and directed by Adrienne Shelly, the film told the story of Jenna, a pregnant waitress stuck in a miserable marriage who channels some of her discontentment into amazing pies. She attempts to find happiness in an affair with her doctor played by Nathan Fillion. First shown at the Sundance Film Festival, the movie garnered a lot of critical acclaim, especially for Russell.

However, the tragic death of Shelly weighed heavily on the cast. She had been murdered in her New York City apartment before the film's release. At a question and answer session on the film at Sundance, a visibly emotional Russell said, "People had such a nice, warm reaction that I felt like I just can't believe [Shelly] isn't here to experience this. She was like a firecracker—she loved this world. I just feel like we have to talk for her, and get word out about the film."

A few months after Russell married carpenter Shane Deary, the couple welcomed son River Russell Deary in June 2007. She often discussed being a new mom as she promoted her next project, August Rush, later that year. A musical fairy tale of sorts, the film tells the story of two musicians (Russell and Jonathan Rhys Meyers) who have a brief affair, which results in a son. The boy is given to an orphanage by her father after he tells her that the baby died. The plot follows the lost child's quest to be reunited with his parents.

Russell went on to appear in such films as the fantastical comedy Bedtime Stories (2008), with Adam Sandler, and Leaves of Grass (2009), with Edward Norton. In 2010, she returned to series television, co-starring with Will Arnett in the short-lived sitcom Running Wilde. She and her husband welcomed their second child, daughter Willa, the following year.

In 2013, Russell began her run as Elizabeth Jennings, an undercover Soviet spy living in the United States, on The Americans. Co-starring with Matthew Rhys, the actors and the show received a warm welcome from critics, with Russell earning Golden Globe and Emmy nominations. The Americans wrapped up its successful six-season run in May 2018.

Meanwhile, Russell's bond with on-screen husband Rhys spilled over into the real world. After Russell announced her plans to divorce her husband in 2013, she and Rhys began dating the following year. The pair welcomed a son, Sam, in May 2016.

Returning the big screen, Russell starred as Serena Knight opposite Matthew McConaughey in Free State of Jones, (2016), a Civil War drama based on a true story.