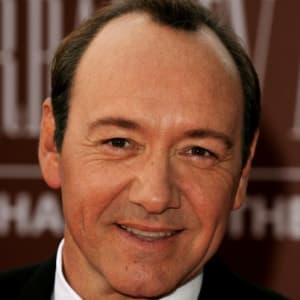 American actor Kevin Spacey delivered award-winning performances in the films ‘The Usual Suspects’ and ‘American Beauty’ and the Netflix series ‘House of Cards,’ before being accused of sexual misconduct.

Who Is Kevin Spacey?

Kevin Spacey was born on July 26, 1959, in South Orange, New Jersey. The 1990s films The Usual Suspects and Se7en catapulted Spacey into international stardom, earning him greater exposure in features like L.A. Confidential, American Beauty and Superman Returns. Spacey also earned acclaim for his stage work and his performance on the hit Netflix show House of Cards, before his career was derailed in late 2017 by allegations of sexual misconduct.

Kevin Spacey was born in South Orange, New Jersey, on July 26, 1959, the youngest of three children of a technical writer and a secretary. The family relocated to Southern California when Spacey was 4. He was sent to military school, but was expelled for throwing a tire at another student. He channeled his rebellious energy into acting and transferred to Los Angeles' drama-centric Chatsworth High School, where he graduated co-valedictorian.

Former classmate Val Kilmer convinced the skilled impressionist to enroll in New York City's renowned Julliard School, but he left Julliard after two years to join the New York Shakespeare Festival. After various roles on stage and in television, Spacey moved to the big screen, with early film credits including Working Girl (1988), See No Evil, Hear No Evil (1989) and Glengarry Glen Ross (1992).

In the mid-1990s, Spacey was catapulted into international stardom with lead performances in the hit movies The Usual Suspects (1995; for which he won the Oscar for Best Actor in a Supporting Role) and Se7en (1995). These early films led to additional opportunities, and Spacey shined in such films as A Time to Kill (1996), Midnight in the Garden of Good and Evil (1997), L.A. Confidential (1997) and American Beauty (1999; for which he won the Academy Award for Best Actor in a Lead Role).

"The less you know about me, the easier it is to convince you that I am that character onscreen." – Kevin Spacey

With two Oscars under his belt, and countless other awards to come, Spacey was able to pick roles in a wide variety of films, and he took full advantage of his artistic freedom by playing the lead in such movies as Pay It Forward (2000), The Shipping News (2001) and The Life of David Gale (2003).

In 2004, Spacey starred as singer Bobby Darin in Beyond the Sea, which he also produced, directed and co-wrote. Two years later, he switched gears completely, taking on the iconic super-villain role of Lex Luthor in Superman Returns (2006).

Spacey also portrayed Richard Nixon in Elvis & Nixon, a 2016 comedy-drama about the King of Rock 'n' Roll's meeting with Nixon in 1970.

Before 2013, the last time Kevin Spacey had appeared in a TV role was in the 1994 TV movie Doomsday Gun. However, in 2013 he returned to a scripted series in the role of Congressman Frank Underwood for the Nexflix original drama House of Cards. The role allowed Spacey to show off his complete range: from his quietly brilliant moments to those allowing him to chew some scenery, and everything in between. This range helped Spacey secure both Golden Globe and Emmy nominations, and the actor won a Globe award in 2015 for the role.

In addition to his film work, Spacey is a well-respected theater actor in both the United States and the United Kingdom. Notable stage credits include Lost in Yonkers (1991) and The Iceman Cometh (1998).

In 2003, Spacey was appointed artistic director of the Old Vic Theatre in London, and he later starred in the company's productions of The Philadelphia Story (2005), A Moon for the Misbegotten (2006), Inherit the Wind (2009) and Shakespeare's Richard III (2011).

Although Spacey had long kept his personal life a private matter, he found it suddenly pried open in the wake of the Harvey Weinstein scandal: In an article posted to Buzzfeed on October 29, 2017, Star Trek: Discovery actor Anthony Rapp revealed that, during a party at Spacey's apartment in 1986, the drunken host had carried him to a bed and climbed on top of him. Both were performing in Broadway shows at the time, though Spacey was 26 and Rapp was just 14.

After the news broke, Spacey took to Twitter to address the allegation. Noting that he did not remember the incident, he declared that he was "beyond horrified" to hear what he had done and that he owed Rapp the "sincerest apology" for his actions.

Additionally, Spacey used the moment to make his own announcement: "This story has encouraged me to address other things about my life," he wrote. "I have loved and had romantic encounters with men throughout my life, and I choose now to live as a gay man. I want to deal with this honestly and openly and that starts with examining my own behavior." A few days later, it was reported that he was seeking unspecified treatment.

However, Spacey's attempt at damage control did little to stem the backlash. On October 31, Netflix announced that production was being halted on the sixth and final season of House of Cards. On November 2, publicist Staci Wolfe and Creative Artists Agency both ended their professional relationship with Spacey. Shortly afterward, a former House of Cards production assistant said he had been sexually assaulted by its star, while other former and current set workers described a "toxic" environment fostered by the actor's behavior.

The following day, Netflix announced that the company would no longer be working with Spacey in any capacity, and as such was shutting down post-production work on his new film, Gore. It was later revealed that Netflix lost $39 million from costs associated with cancelling Spacey-related projects.

His career continued to unravel as more people stepped forward with accusations in the following days. On November 9, it was announced that director Ridley Scott had cut all of Spacey's scenes from his completed movie, All the Money in the World, due for a December 22 release, and was reshooting those scenes with Christopher Plummer. Around that time, the London Metropolitan Police Service began looking into two allegations of sexual assault and another of assault against the troubled actor.

Meanwhile, the Los Angeles County Sheriff's Department opened an investigation into allegations of sexual assault from a 25-year-old incident involving Spacey. In April 2018, the department said it had completed the investigation and turned the case over to the L.A. County District Attorney's Office for further review.

In July, the BBC reported that the Met police were investigating three more allegations of sexual assault against Spacey, bringing the number of claims against him in the U.K. to six.

Return to the Screen in 'Billionaire Boys Club'

Although his career was in shambles, Spacey still had projects that were completed before news of his misdeeds became public, and as such was scheduled to return to the screen with the digital release of Billionaire Boys Club in July 2018 and a limited theatrical run the following month. Spacey has a small but pivotal role in the film, as an investor and con man who gets involved in the main characters' Ponzi scheme.

Anticipating the backlash, the project's distributor, Vertical Entertainment, released a statement that said: "We hope these distressing allegations pertaining to one person’s behavior — that were not publicly known when the film was made almost 2.5 years ago and from someone who has a small, supporting role in Billionaire Boys Club — does not tarnish the release of the film."