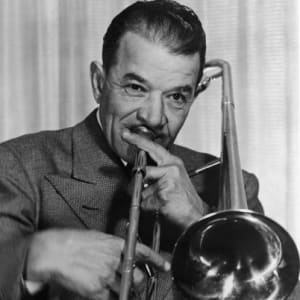 American trombonist and composer Kid Ory was perhaps the first musician to codify the role of the trombone in classic three-part contrapuntal jazz improv.

Kid Ory was born December 25, 1886 in Laplace, Louisiana. By 1911 he was leading one of the best-known bands in New Orleans. In 1919 he formed a new band in Los Angeles. After five years he joined King Oliver in Chicago and by the end of the 1920s had become a prolific jazz recording artist. In 1930 he retired from music, but on his comeback in 1939 he enjoyed even greater success.