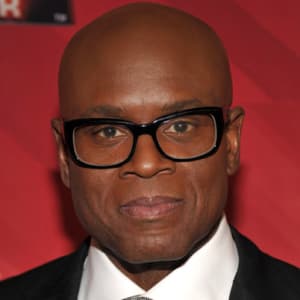 L.A. Reid is an American music executive and producer. He’s also starred as a judge on the music competition show The X Factor.

Music executive and producer L.A. Reid was born in Cincinnati, Ohio in 1956. A musician himself, Reid and former band mate Kenneth (Babyface) Edmonds began writing and producing music for performers like Whitney Houston in the mid-1980s. Later, they formed LaFace Records. More recently, Reid has headed up the Def Jam Music Group and Arista Records, and starred as a judge on The X Factor.

Born in Cincinnati, Ohio, on June 7, 1956, Antonio Reid was one of four children raised by Emma Reid, a seamstress and interior decorator, who was forced to take on the role of single parent after her husband abandoned the family.

A music fiend even as a child, Antonio (later known as "L.A.") grew up listening to James Brown, Sly Stone and Led Zeppelin. In his youth, Reid was known for turning nearly anything into a drum set, tapping out beats on pots and pans and other items, any chance he could. His home city of Cincinnati, with its own rich musical traditions, also played a huge part in his development.

"The beauty of growing up in Cincinnati and how that's impacted and affected my career is really great," Reid once reflected. "I was able to listen to all kinds of music growing up. My taste in music has been vast and broad from the very beginning, because that's what you learn in Cincinnati, that diversity."

By his teens, Reid was playing drums in a band, cutting his teeth as a live performer in front of modest crowds. Recognition started to come his way in the early 1980s as one of the original members of The Deele, an R&B group that featured Kenneth "Babyface" Edmonds on lead vocals. Reid's own reputation was furthered by his taste in expensive clothes, prompting his buddies to nickname him "L.A."

By the mid-1980s, however, Reid and Edmonds had moved away from performing and into writing and producing music for other artists, including Whitney Houston, Bobby Brown, Boyz II Men and Paula Abdul. In all, they produced 33 No. 1 singles, three of which were Grammy winners.

In 1989, Reid and Edmonds teamed up to form LaFace Records, a label that quickly became a landing spot for a number of leading African-American singers. Reid proved to be especially adept at finding and cultivating talent. He was the first to sign a young singer by the name of Usher, and helped pave the way for Sean "Puffy" Combs to make his mark.

In 2000, Reid and Edmonds sold their remaining shares of LaFace. Reid was hardly content to rest on his laurels, however. That same year, he took over as head of Arista Records. Four years later, he became the new head of the Def Jam Music Group, the famed hip-hop record company. There, he helped reignite the career of Mariah Carey, and introduced the world to a crop of other young artists, including Justin Bieber and Rihanna.

In 2011, Reid stepped down from Def Jam, a move that paved the way for him to be tapped, just a few months later, as chairman and CEO of Epic Records by its parent company, Sony Records.

Reid's impact in the music world goes beyond just the recording studio. In 2011, FOX brought hired him as a judge on the hit music competition show The X Factor, along with fellow record producer Simon Cowell, singer Britney Spears and singer/actress Demi Lovato.