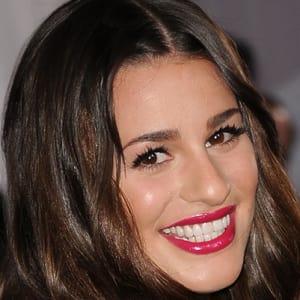 Actress Lea Michele landed the role of Rachel Berry, an ambitious teenager who dreams of stardom, on the TV show Glee.

Lea Michele was born on August 29, 1986, in the Bronx, New York. Her career-making turn occurred in 2006 with Spring Awakening, a rock musical, but left the cast in 2008. Moving out to Los Angeles, Michele sought out movie and television roles. One of her aspirations at the time was to get a guest spot on the medical drama Grey's Anatomy. Michele ended up getting a much more substantial role on Glee.

Actress Lea Michele Sarfati was born on August 29, 1986, in the Bronx, New York. Sarfati discovered her passion for performing at an early age. Growing up in Tenafly, New Jersey, she was drawn to nearby New York City's vibrant theater scene. At the age of 8, Michele landed the role of young Cosette in the Broadway production of Les Miserables. She sang a song from Phantom of the Opera, the only musical she knew at the time, at her audition. Michele had gone to the audition to support a friend, but ended up landing the part herself.

The daughter of a deli owner and a nurse, Michele moved on to another Broadway production, Ragtime, in 1995. She played the Little Girl, the quiet daughter of a Jewish immigrant. The cast included such well-known Broadway talents as Audra McDonald and Brian Stokes Mitchell. She landed another break in 2004 with a role in a revival of Fiddler on the Roof starring Alfred Molina. Accepted to New York University's Tisch School of the Arts that same year, Michele decided to forgo college to pursue her career.

Despite her success on the stage, Michele did not fit in easily at her high school. "I am an unconventional beauty. I grew up in a high school where if you didn't have a nose job and money and if you weren't thin, you weren't cool, popular, beautiful," she told USA Today.

Michele's career-making turn occurred in 2006 with Spring Awakening, a rock musical based on the 1891 play by Frank Webekind. The production depicts a group of German teenagers who explore their sexuality. Michele had to handle some serious and sometimes explicit material in her role as Wendla. "I'm in a see-through nightgown and in a beating scene," she explained to WWD. Wendla becomes involved with Melchoir (played by Jonathan Groff) with disastrous results. Off stage, the two performers became best friends. She also worked with future Glee co-star Jenna Ushkowitz on the production. Michele and Groff left the cast of Spring Awakening at the same time in May of 2008.

Moving out to Los Angeles, Michele sought out movie and television roles. One of her aspirations at the time was to get a guest spot on the medical drama Grey's Anatomy. Michele ended up getting a much more substantial role on Glee. Landing the part of Rachel Berry had its challenges, however. She believed that she flopped in her first audition. "The piano player messed up the song, and they were laughing so hard I had to tell them it was a serious scene and ask them to stop laughing," she told New York magazine. Before her last audition, Michele got into a car accident. She left the damaged car at the scene and got to the meeting with shards of glass still in her hair.

The creators and producers of the show, including Ryan Murphy, were impressed by Michele. Murphy told USA Today that the part was written especially for her. "I really believe in Lea's talent because her talent was once in a lifetime," he said. The role of an ambitious teenager who dreams of stardom appears to be a good fit for the actress. "Rachel is me when I was that age. She knows what she loves and who she is. She doesn't get caught up in what other people think is important," Michele told New York magazine. Her portrayal of Rachel earned Michele her first Emmy Award nomination in 2010.

Rachel is just one of the misfits that join their high school's beleaguered glee club. Ushkowitz appears as Tina, a punk teen. As Finn Hudson, Cory Monteith is a jock torn between music and sports. Matthew Morrison plays Will Schuester, the teacher that runs the club and tries to keep the club going. And Jane Lynch appears as Schuester's nemesis, a cheerleading coach who wants to bring down the club. Michele's close friend, Jonathan Groff, later signed on as the leader of a rival glee club.

In addition to its interesting characters, Glee features outstanding musical numbers. Michele earned accolades for her take on "Don't Rain on My Parade," originally sung by Barbra Streisand in the musical Funny Girl. The cast's rendition of Journey's "Don't Stop Believin'" became the top downloaded song on iTunes the day after it was featured in an episode. The show's music has proved to be so popular that several soundtracks have already been released, and Michele and several other cast members played numerous concerts throughout the country in 2010.

Besides working on Glee, Michele will be voicing the character of Dorothy in an animated film based on The Wizard of Oz.

Previously linked to Broadway star Theo Stockman, Michele started dating her Glee co-star Corey Monteith in 2012. Their happy union proved to be brief, however. She supported Monteith's decision to go into rehab in April 2013 to combat his substance abuse problem. But his personal demons overcame him that July. Monteith died in a Vancouver hotel room after taking heroin and drinking alcohol, which ended up being a fatal pairing for the young star.

For weeks, Michele stayed out of the public eye, choosing to grieve in private. She made an appearance at the 2013 Teen Choice Awards to accept one of the event's honors. In her acceptance speech, Michele paid tribute to Monteith. "He was very special to me and also to the world, and we were very lucky to witness his incredible talent, his handsome smile and his beautiful, beautiful heart," she told the crowd, according to People magazine.

In April 2018, Michele got engaged to her boyfriend of over a year, Zandy Reich.