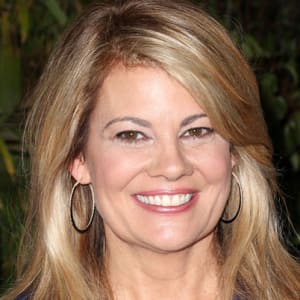 Actress Lisa Whelchel co-starred in the popular 1980s sitcom The Facts of Life.

Born in Texas in 1963, actress Lisa Whelchel started out on television in The New Mickey Mouse Club in 1977. Two years later, she began her run as the rich, snobby Blair Warner on the hit sitcom The Facts of Life. After the show ended in 1988, Whelchel wrote several books on parenting and religion. She returned to TV in 2012 as a competitor on Survivor, where she tied with Michael Skupin for second place.

Lisa Diane Whelchel was born on May 29, 1963, in Littlefield, Texas, and grew up in Fort Worth. She became interested in performing around the age of 8, and soon began appearing in local musical productions. Outside of her interest in acting, Whelchel developed an interest in religion; she had a religious awakening of sorts at the age of 10, after visiting a local church. Since that time, she has remained deeply committed to her Christian faith.

Lisa Whelchel won a coveted spot on the children's television show The New Mickey Mouse Club when she was 12. For this syndicated revival of a popular TV show, she moved to California. The series debuted in 1977, but it didn't last long. Whelchel soon moved on to the role that would make her famous.

'The Facts of Life'

In 1979, TV audiences got their first glimpse of Whelchel as Blair Warner, the beautiful, spoiled rich girl, on The Facts of Life. The sitcom, set in a girls' boarding school, followed the lives of several young students. In addition to Blair, there was the roller-skating social butterfly named Tootie (Kim Fields), and the witty, aspiring writer Natalie (Mindy Cohn). The streetwise Jo (Nancy McKeon) joined the cast in the show's second season. All four girls had a special bond with Mrs. Garrett (Charlotte Rae), who served as their maternal mentor.

The Facts of Life dealt with many teen issues in its episodes, but Whelchel wanted no part of one particular storyline. The producers wanted her character to lose her virginity, but Whelchel told the show's producers that "sex was intended for marriage," she later explained to WomenToday.org. "I understood that the young girls watching our show often take a lot of their cues and messages from television. I didn't feel like I could be a part of that."

Whelchel, however, did not object to the opportunity to work with future film star George Clooney. He appeared on the series during the mid-1980s. As she wrote on her website, Clooney "was like a big brother to all of us, and it was nice to have a guy around for a change. Between you and me, if I had known that he was going to turn out so well, I might have worn makeup more often to rehearsals."

During the run of the show, Whelchel found time for other creative pursuits. She released All Because of You, an album of Christian music, in 1984, which received a Grammy Award nomination. She also made guest appearances on other TV shows, including Diff'rent Strokes and The Love Boat.

The Facts of Life ended in 1988. That same year, Whelchel married minister Steve Cauble. The couple soon had three children together, launching a new phase of Whelchel's life and career. Whelchel and Cauble divorced in 2012, after 24 years of marriage. "I still believe in marriage," she said in an interview with People magazine. "I never thought divorce would happen to me. But Steve is still my best friend. We just couldn't be married … We still see each other every day; we go out to dinner and movies. At one point, [our daughter] Clancy said, 'Mom, I think you're going to have to let me know when you get divorced, because I won't be able to tell when it happens.'"

After getting married and becoming a mother, Whelchel stepped away from acting. She spent many years as a stay-at-home mom, and turned to writing to share some of her experiences. Her first book, Creative Correction, which offered advice on child discipline from a faith-based perspective, was published in 2000. So You're Thinking About Homeschooling (2009) was inspired by her own decision to teach her three children at home. Whelchel has penned several other books, including Friendship for Grown-Ups: What I Missed and Learned Along the Way (2010) and Busy Mom's Guide to Prayer (2011).

Whelchel decided to take on a new challenge in 2012. A longtime devotee of Survivor, she finally got a chance to see how she would fare on the competitive survival show when she was selected to be a contestant on Survivor: Philippines, season 25 of the popular series. Whelchel ultimately placed second on the show, tying with Rhinosoft Interactive co-founder Michael Skupin.