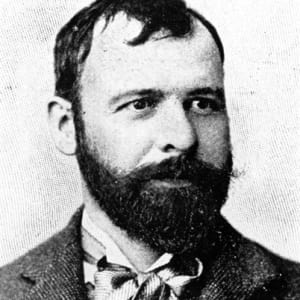 Louis H. Sullivan was an architect dubbed the “father of modern American architecture.”

Louis H. Sullivan joined the office of Dankmar Adler in 1879, soon becoming Adler's partner. Their 14-year association produced more than 100 buildings, many of them landmarks, such as the Auditorium Building in Chicago and the Wainwright Building in St. Louis. He considered it obvious that building design should indicate a building's functions, hence his influential dictum “Form follows function.”