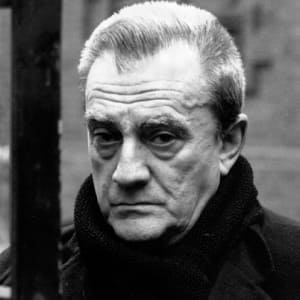 Luchino Visconti was a film director whose films presented a realistic treatment of individuals caught in the conflicts of modern society.

Ossessione (1942), an adaptation of James M. Cain's The Postman Always Rings Twice, established Luchino Visconti’s reputation as a director. A masterpiece of realism, this film foreshadowed the postwar Neorealist work of such important filmmakers as Rossellini and de Sica. He also established himself as an innovative theatrical and opera director in the years immediately after WWII.