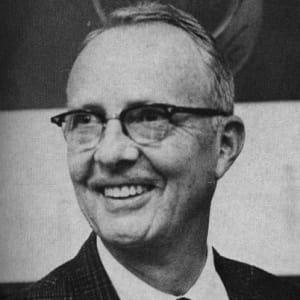 Luis Alvarez was an experimental physicist who was awarded the Nobel Prize for Physics in 1968.

Luis Alvarez worked on microwave radar research at MIT and participated in the development of the atomic bomb at Los Alamos, suggesting the detonation technique. He was awarded the Nobel Prize for Physics in 1968 for work that included the discovery of many resonance particles, and in 1980 he helped his son, Walter, publicize his discoveries on the extinction of the dinosaurs.