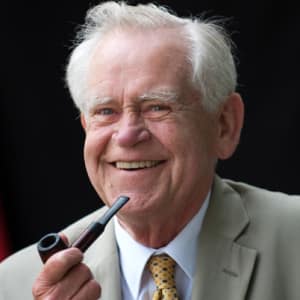 Magnus Magnusson was a writer and TV personality known for his 25 years on the BBC game show Mastermind.

Despite a long and notable scholarly/academic career, Magnus Magnusson was best known for his 25-year stint as the host of the BBC quiz show Mastermind. He retained his academic connections, however, and from 2002 served as chancellor of Glasgow Caledonian University. Magnusson's books included I've Started so I'll Finish, a memoir of his years on Mastermind, and Scotland: The Story of a Nation.