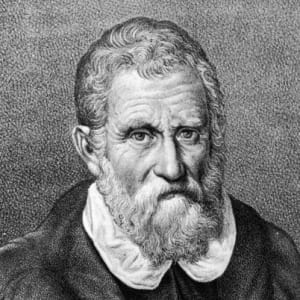 Venetian merchant and adventurer Marco Polo traveled from Europe to Asia from 1271 to 1295. He wrote ‘Il Milione,’ known in English as ‘The Travels of Marco Polo.’

Who Was Marco Polo?

Marco Polo (1254 to January 8, 1324) was a Venetian explorer known for the book The Travels of Marco Polo, which describes his voyage to and experiences in Asia. Polo traveled extensively with his family, journeying from Europe to Asia from 1271 to 1295 and remaining in China for 17 of those years. Around 1292, he left China, acting as consort along the way to a Mongol princess who was being sent to Persia.

'The Travels of Marco Polo'

Marco Polo’s stories about his travels in Asia were published as a book called The Description of the World, later known as The Travels of Marco Polo. Just a few years after returning to Venice from China, Marco commanded a ship in a war against the rival city of Genoa. He was eventually captured and sentenced to a Genoese prison, where he met a fellow prisoner and writer named Rustichello. As the two men became friends, Marco told Rustichello about his time in Asia, what he'd seen, where he'd traveled and what he'd accomplished.

The book made Marco a celebrity. It was printed in French, Italian and Latin, becoming the most popular read in Europe. But few readers allowed themselves to believe Marco's tale. They took it to be fiction, the construct of a man with a wild imagination. The work eventually earned another title: Il Milione ("The Million Lies"). Marco, however, stood behind his book, and it influenced later adventurers and merchants.

In December 2014, Netflix released Marco Polo, a TV drama based on Polo’s years in the court of Kublai Khan. Produced by The Weinstein Co., the cast included Lorenzo Richelmy as Polo and Benedict Wong as Khan. Despite its reported budget of $90 million, the first season received dismal reviews. After the second season was released in July 2016 to little fanfare, the show was not renewed for a third season, with sources telling The Hollywood Reporter the show was responsible for a $200 million loss to Netflix.

When and Where Was Marco Polo Born?

Although he was born to a wealthy Venetian merchant family, much of Marco Polo’s childhood was spent parentless, and he was raised by an extended family. Polo's mother died when he was young, and his father and uncle, successful jewel merchants Niccolo and Maffeo Polo, were in Asia for much of Polo's youth.

Niccolo and Maffeo’s journeys brought them into present-day China, where they joined a diplomatic mission to the court of Kublai Khan, the Mongol leader whose grandfather, Genghis Khan, had conquered Northeast Asia. In 1269, the two men returned to Venice and immediately started making plans for their return to Khan's court. During their stay with the leader, Khan had expressed his interest in Christianity and asked the Polo brothers to visit again with 100 priests and a collection of holy water.

Khan's Empire, the largest the world had ever seen, was largely a mystery to those living within the borders of the Holy Roman Empire. A sophisticated culture outside the reaches of the Vatican seemed unfathomable, and yet that's exactly what the Polo brothers described to confounded Venetians when they arrived home.

In 1271, Marco Polo set out with his father and uncle, Niccolo and Maffeo Polo, for Asia, where they would remain until 1295. Unable to recruit the 100 priests that Kublai Khan had requested, they left with only two, who, after getting a taste of the hard journey ahead of them, soon turned back for home. The Polos' journey took place on land, and they were forced to cut through challenging and sometimes harsh territory. But through it all, Marco reveled in the adventure. His later memory for the places and cultures he witnessed was remarkable and exceptionally accurate.

As they made their way through the Middle East, Marco absorbed its sights and smells. His account of the Orient, especially, provided the western world with its first clear picture of the East's geography and ethnic customs. Hardships, of course, came his way. In what is now Afghanistan, Marco was forced to retreat to the mountains in order to recoup from an illness he'd contracted. Crossing the Gobi desert, meanwhile, proved long and, at times, arduous. "This desert is reported to be so long that it would take a year to go from end to end," Marco later wrote. "And at the narrowest point it takes a month to cross it. It consists entirely of mountains and sands and valleys. There is nothing at all to eat."

Finally, after four years of travel, the Polos reached China and Kublai Khan, who was staying at his summer palace known as Xanadu, a grand marble architectural wonder that dazzled young Marco.

The Polos had originally planned to be gone for only a few years. However, they were away from Venice for more than 23 years. Debate has swirled among historians as to whether Marco ever really made it to China. There is no evidence outside his famous book that he traveled so far east. Yet his knowledge of the culture and its customs are hard to dismiss. His later account told of Khan's extensive communication system, which served as the foundation for his rule. Marco's book, in fact, devotes five pages to the elaborate structure, describing how the empire's information highway efficiently and economically covered millions of square miles.

Khan's acceptance of the Polos offered the foreigners unparalleled access to his empire. Niccolo and Maffeo were granted important positions in the leader's Court. Marco, too, impressed Khan, who thought highly of the young man's abilities as a merchant. Marco's immersion into the Chinese culture resulted in him mastering four languages.

Kublai Khan eventually employed Marco as a special envoy he sent to far-flung areas of Asia never before explored by Europeans, including Burma, India and Tibet. With Marco, as always, was a stamped metal packet from Khan himself that served as his official credentials from the powerful leader.

As the years wore on, Marco was promoted for his work. He served as governor of a Chinese city. Later, Khan appointed him as an official of the Privy Council. At one point, he was the tax inspector in the city of Yanzhou.

From his travels, Marco amassed not only great knowledge about the Mongol empire but incredible wonder. He marveled at the empire's use of paper money, an idea that had failed to reach Europe, and was in awe of its economy and scale of production. Marco's later stories showed him to be an early anthropologist and ethnographer. His reporting offers little about himself or his own thoughts, but instead gives the reader a dispassionate reporting about a culture he had clearly grown fond of.

Journey Back to Europe

Finally, after 17 years in Khan's court, the Polos decided it was time to return to Venice. Their decision was not one that pleased Khan, who'd grown to depend on the men. In the end, he acquiesced to their request with one condition: They escort a Mongol princess to Persia, where she was to marry a Persian prince.

Traveling by sea, the Polos left with a caravan of several hundred passengers and sailors. The journey proved harrowing, and many perished as a result of storms and disease. By the time the group reached Persia's Port of Hormuz, just 18 people, including the princess and the Polos, were still alive. Later, in Turkey, Genoese officials appropriated three-quarters of the family's wealth. After two years of travel, the Polos reached Venice. They'd been gone for more than two decades, and their return to their native land undoubtedly had its difficulties. Their faces looked unfamiliar to their family and they struggled to speak their native tongue.

After his release from prison in 1299, Polo returned to Venice, where he married, raised three daughters and, for some 25 years, carried on the family business.

When and Did Marco Polo Die?

Marco died at his home in Venice on January 8, 1324. As he lay dying, friends and fans of his book paid him visits, urging him to admit that his book was fiction. Marco wouldn't relent. "I have not told half of what I saw," he said.

In the centuries since his death, Marco Polo has received the recognition that failed to come his way during his lifetime. So much of what he claimed to have seen has been verified by researchers, academics and other explorers. Even if his accounts came from other travelers he met along the way, Marco's story has inspired countless other adventurers to set off and see the world. Two centuries after Marco's passing, Christopher Columbus set off across the Atlantic in hopes of finding a new route to the Orient. With him was a copy of Marco Polo's book.