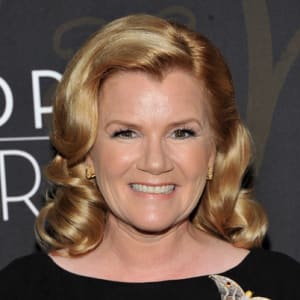 A versatile performer, actress Mare Winningham has won raves for such films as 1994’s Georgia and such television work as 2011’s Mildred Pierce.

Born on May 16, 1959, Mare Winningham attended Chatsworth High School in Los Angeles. There, an agent spotted her in a school production and helped launch her career. She won an Emmy Award in 1980 for the TV movie Amber Waves. Winningham went on to appear in such films as St. Elmo's Fire (1985) and Georgia (1995). More recently, Winningham has appeared on television in Mildred Pierce and Hatfields & McCoys.

A talented actress and singer, Mare Winningham was born on May 16, 1959, in Phoenix, Arizona. She developed a passion for performing at an early age. She grew up in Northridge, California, as one of five children. Winningham spent several summers at the Teenage Drama Workshop at California State University Northridge, where her father worked as an athletic director.

While a student at Chatsworth High School, Winningham appeared on the wacky televised talent contest The Gong Show and ended up the winner for her rendition of "Here, There and Everywhere." She also showed off her vocal talents in a high school production of the musical The Sound of Music. In the show, Winningham starred as Maria opposite Kevin Spacey. An agent came to see the production and was wowed by Winningham. Before long, she had a number of television roles.

In 1978, Winningham landed a role in the short-lived western drama The Young Pioneers. She also appeared in several television movies, including Amber Waves (1980) with Dennis Weaver and Kurt Russell. Winningham won critical accolades, including her first Emmy Award, for her portrayal of a farmer's daughter. Demonstrating her versatility, she also did a convincing turn as a teenage prostitute in Off the Minnesota Strip that same year. Winningham continued to find success on the small screen, playing Rachel Ward's daughter in the popular 1983 miniseries The Thorn Birds.

Winningham made her 1980 feature film debut in One Trick Pony, starring Paul Simon. While that project proved to be a disappointment, she soon landed a role that helped raise her profile in Hollywood. In 1985, Winningham played a virginal young woman in St. Elmo's Fire, a drama about a group of friends struggling to find themselves post-college. While not a great film, the movie featured an impressive cast of up-and-coming actors — Demi Moore, Rob Lowe, Ally Sheedy, Emilio Estevez, Andrew McCarthy and Judd Nelson. This group, along with several other performers, was nicknamed the "Brat Pack" by the press.

The following year, Winningham picked up an Emmy Award nomination for her work in the television movie Love Is Never Silent. More film and television work soon followed, with roles in Shy People (1986) and Turner & Hooch (1989) on the big screen and God Bless the Child and She Stood Alone on the small screen. She also co-starred with Kevin Costner in the 1994 western Wyatt Earp.

In 1995, Winningham teamed up with Jennifer Jason Leigh for Georgia. She gave an incredibly nuanced performance as the title character, a successful folk singer, who must cope with her troubled younger sister (Leigh). The pair earned raves for their portrayal of two sisters engaged in a difficult love-hate relationship, and Winningham picked up an Academy Award nomination for her work on the film. In addition to acting in the movie, Winningham provided several tracks for the soundtrack. She released an album of her songs, Lonesomers, in 1998.

That same year, Winningham took home her second Emmy Award, for her work in the television movie George Wallace. The film starred Gary Sinise as the controversial Southern politician, and Winningham played his first wife, Lurleen Wallace. She had a well-received recurring role on the popular medical drama ER around this time as well.

In 2007, Winningham had a number of interesting projects. She landed a recurring role on the hit television series Grey's Anatomy and released another album, Refuge Rock Sublime. The album reflected Winningham's devotion to her Jewish faith with such songs as "The Convert's Jig." Raised Catholic, she had converted to Judaism in 2003.

On the big screen, Winningham had a role in the 2008 feature film Swing Vote, starring Kevin Costner. She received praise for another supporting part — this time on television. In 2011, Winningham made the most of her small role in the miniseries Mildred Pierce (2011), starring Kate Winslet. She then immersed herself in one of the most famous family feuds in history with the 2012 miniseries Hatfields & McCoys. Kevin Costner and Bill Paxton starred as Devil Anse Hatfield and Randolph "Randall" McCoy, respectively. And Winningham, who is often cast in a maternal role, played Randall's wife Sally, a mother of 16 children.

Around this time, Winningham also earned raves for her performance in Tribes, an off-Broadway play about a young deaf man and his normal-hearing family.