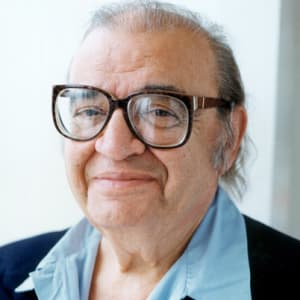 Mario Puzo became famous when he adapted his novel The Godfather into a screenplay for director Francis Ford Coppola in the 1960s.

Born in New York City in 1920, writer Mario Puzo wrote a number of popular novels about the Mafia. He is most famous for adapting his novel, The Godfather, into a screenplay for director Francis Ford Coppola.

Writer, born in New York City, New York, USA. He served in the army during World War 2, and studied writing at the New School for Social Research and at Columbia University during the late 1940s and early 1950s. He worked at a variety of jobs, and wrote serious but unsuccessful fiction until he became famous as the author of The Godfather (1969). He also wrote the subsequent screen adaptation of his novel (1972). Based on Long Island, NY, he wrote several other novels and additional screenplays.