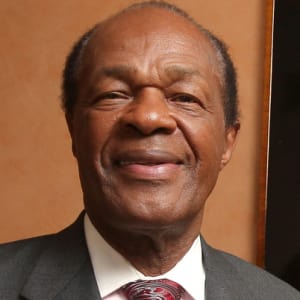 Born in Itta Bena, Mississippi, March 6, 1936, Marion Shepilov Barry Jr. was elected mayor of Washington, D.C. four times, despite serving prison time in 1990 for a minor drug offense and other legal troubles. He’s dedicated much of his life to the Civil Rights Movement and improving his adopted city. He died on November 23, 2014 at the age of 78.

Marion Barry Jr. was born on March 6, 1936 in Itta Bena, Mississippi. His father worked as a sharecropper and passed away when he was only four. His mom moved the family to Memphis, remarried and raised nine children. As a young boy, Barry took on multiple jobs to assist his family, including picking cotton.

This young man applied his work ethic to his education too. He earned a bachelor’s degree in 1958 from Le Moyne College and in 1960 received his master’s degree in chemistry from Fisk University. His passion for the Civil Rights Movement kept him from completing his doctorate. Instead, Barry’s efforts went into the Student Nonviolent Coordinating Committee (SNCC); he served as its first national chairman. In 1965, he moved to Washington, D.C. to launch a local chapter.

In 1967, Barry co-founded Pride, Inc., a jobs program for unemployed black men. Next, Barry began his foray into politics by winning a seat on the D.C. School Board in 1972; two years later, he was elected to city council. But his success put Barry in the line of fire, literally. Hanafi Muslims took over the District Building in 1977 and Barry was shot during the incident. His survival seemed to boost his "unstoppable" image.

After just three years on the city council, the democrat ran for mayor and won in 1978. He was reelected two more times. But during his third term, there were rumors of drug abuse. On January 18, 1990, the mayor was caught on tape by the FBI using crack cocaine. He was sentenced to six months for possession. Yet the scandal didn’t keep Barry from running for city council after prison. His slogan? "He may not be perfect, but he's perfect for D.C." Barry not only won in 1992, but two years later he was reelected mayor. (That same year, he married his fourth wife, political science professor Cora Masters.)

Barry retired from politics in 1998 but returned in 2002 with an unsuccessful city council bid. His campaign faltered after the police reported finding small traces of crack and marijuana in his illegally parked car. No charges were filed. Also, in that same year, Barry had to pay $35,000 in damages to a woman in a civil case where he was accused of exposing himself in an airport bathroom. Neither setback deterred Barry from running again for city council in 2004 on behalf of Ward 8, one of the city’s poorest areas…and winning.

Despite being the political comeback kid, Barry continued to have brushes with the law involving such accusations as drugs, tax evasion, probation violation, traffic offenses and stalking. In 2010, he was censured and stripped of his committee chairmanship because of corruption allegations. Still, in 2012, he was elected for a third straight city council term. His story may become an HBO biopic with Eddie Murphy playing Barry and Spike Lee as the director.

In June 2014, Barry had published his autobiography, Mayor for Life: The Incredible Story of Marion Barry Jr. In a New York Times interview after its release, he said, “I serve as an inspiration for those who are going through all kinds of things.”

Marion S. Barry Jr. died on November 23, 2014 at the age of 78 in Washington D.C. According to a statement, the former mayor had numerous health issues over the years including high blood pressure, diabetes, prostate cancer and kidney ailments.