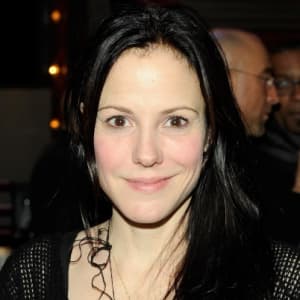 Mary-Louise Parker is an American Emmy and Tony Award-winning actress known for her role on the Showtime television show Weeds.

Mary-Louise Parker was born on August 2, 1964 in Fort Jackson, South Carolina. She's appeared in the films Fried Green Tomatoes, Bullets Over Broadway and more. She won a Tony Award for Proof and her first Emmy for HBO's Angels in America. She's best known for her role in the Showtime series Weeds, which ran from 2005-2012. After the end of the series, she went on to star in films such as R.I.P.D. (2013) and Red 2 (2013). Parker has a son with former boyfriend, actor Billy Crudup.

Actress Mary-Louise Parker was born on August 2, 1964, in Fort Jackson, South Carolina. Although Parker has made a career out of shuttling between film, stage and television roles, she is best known for her work on the series Weeds.

As an "army brat," Parker spent much of her childhood moving from town to town. She attended the North Carolina School for the Arts, where she studied acting. After graduation, she departed for New York, where she hoped to make it as a stage actress.

Parker began her theater career in the mid-1980s, performing in regional performances in Buffalo, Syracuse and Hartford. She eventually worked her way onto Broadway, playing the role of Rita in Prelude to a Kiss (1990). The role earned the precocious actress a Tony nomination.

Meanwhile, Parker had already made her film debut as an abused girlfriend in Signs of Life (1989). Her ability to play long-suffering characters without casting them as pure victims would earn her a number of major roles over the coming years. She followed up with a turn in Longtime Companion (1989), an AIDS drama in which she played the best friend of a young gay man struggling with the disease.

But Parker never lost her taste for the stage and often eschewed big-budget Hollywood opportunities for live theater. In 1996 she played Cherie in a popular revival of Bus Stop at Manhattan's Circle in the Square Theater. In 1997, she jumped into the critically acclaimed production of How I Learned to Drive. For her stage work, she received a series of top honors including the Clarence Derwent, Theater World and Lucille Lortel awards. In 2001, she took home the theater world's highest honor, the Tony Award, for her role in the Broadway production of Proof. Parker also won her first Emmy Award in 2004 for her role in the HBO adaptation of the Broadway play Angels in America.

Parker also managed to log a fair amount of television time over the course of her distinguished career. After a brief turn in the ABC soap opera Ryan's Hope, she performed in the WWII television drama Too Young the Hero (1988). She played opposite Sissy Spacek in yet another AIDS drama, A Place for Annie (1994), and starred in the 1995 HBO biopic Sugartime. In 2001, she landed a recurring role on the highly successful ABC drama The West Wing, featuring film veterans Martin Sheen and Rob Lowe. Her turn as Amy Gardner earned her an Emmy Award nomination for Outstanding Supporting Actress in a Drama Series in 2002.

Continuing with her success on the small screen, Parker made a splash as a suburban widow to turns to selling marijuana as a means to support her family in the comedy Weeds in 2005. Parker's character, Nancy Botwin, faced all sorts of challenges with her new business venture while trying to raise her two sons, Silas and Shane, right. Her domestic situation was further complicated by the arrival of her wacky, underachieving brother-in-law Andy who wanted in on her operation. The popular show aired its final season in 2012.

Other movie projects for Parker have included the musical film Romance & Cigarettes (2005) and a television adaptation of the Margaret Atwood novel The Robber Bride (2006). She also appeared in the film The Assassination of Jesse James, in which she played the famous outlaw's wife. She also starred in the films R.I.P.D. (2013) and Red 2 (2013), reprising her role from Red (2010) in the latter film.

Parker has a son named William with former boyfriend actor Billy Crudup. The couple split two months before their son was born in 2003; they had been dating since 1996. Parker has recently been romantically linked to actor Jeffrey Dean Morgan.