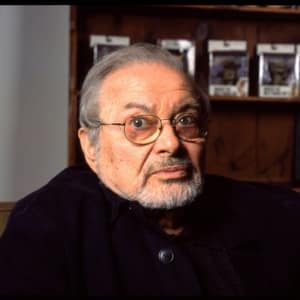 Maurice Sendak is a Caldecott award-winning children’s book author and illustrator best known for his book Where the Wild Things Are.

Maurice Sendak was born on June 10, 1928 in New York City. The now-renowned children's author studied at the Art Students League and illustrated more than 80 books by other writers before authoring one himself. His most critically acclaimed work includes the dark and beloved story Where the Wild Things Are. Later in his career Sendak collaborated with Carole King on the musical Really Rosie and has done other work for the stage.

Beloved children's book author and illustrator Maurice Sendak grew up in Brooklyn, New York. The son of a dressmaker, he was a sickly child who started drawing to pass the time. Sendak excelled at art, landing a part-time job at All-American Comics while in high school.

While working on window displays for New York's famed toy store F.A.O. Schwarz in the late 1940s, Sendak met legendary children's book editor Ursula Nordstrom. She helped Sendak land his first job illustrating children's books. During the 1950s, he worked on books by such authors as Ruth Krauss and Else Holmelund Minarik.

In 1956, Sendak published Kenny's Window, the first children's book he both wrote and illustrated himself. Before long, he turned the children's book world upside down with his 1963 masterpiece Where the Wild Things Are. Sendak captured the public's imagination with this tale of a boy's journey into a strange land inhabited by grotesque yet appealing monsters.

Sendak's dark, moody illustrations were a shocking contrast to the usually light and happy fare found in a typical children's book of the time. The main character Max, like many of Sendak's protagonists, acted like a real child, not some idealized version of youth.

"In plain terms, a child is a complicated creature who can drive you crazy," Sendak once said in an interview. "There's a cruelty to childhood, there's an anger. And I did not want to reduce Max to the trite image of the good little boy that you find in too many books." Where the Wild Things Are earned Sendak a Caldecott Medal, a special honor for children's book illustration.

During his long career, Sendak produced more than 50 books, including In the Night Kitchen (1970) and Outside Over There (1981). He also used his creative talents in a number of other forms, collaborating with Carole King for the musical Really Rosie. Sendak designed sets and costumes for stage versions of his books and other productions as well. In early 1980s, he created the sets for several operas, including Mozart's Magical Flute at the House Grand Opera.

Sendak died on May 8, 2012, at a hospital in Danbury, Connecticut. The 83-year-old had suffered a stroke a few days earlier. Sendak will long be remembered for his outstanding contributions to children's literature. His stories and images have left a lasting impression in the minds and hearts of generations of reader—both young and old.