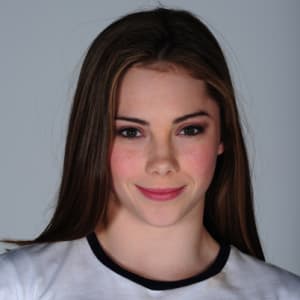 American gymnast McKayla Maroney won a silver medal in the vault and a gold medal with the rest of her U.S. teammates at the 2012 Summer Olympics.

Who Is McKayla Maroney?

Born in 1995 in Long Beach, California, gymnast McKayla Maroney competed in her first major competition in 2009. In 2011, she won an individual gold medal in the vault and another gold as part of the U.S. squad at the World Artistic Gymnastics Championships. Named to the 2012 U.S. Olympic team, Maroney earned gold with the rest of her teammates but had to settle for silver in the vault. In 2017, retired from competition, she revealed that she had been sexually abused by the former USA Gymnastics team doctor.

American Olympic gymnast McKayla Rose Maroney was born on December 9, 1995, in Long Beach, California. One of three children, Maroney was an energetic, lively child. Inheriting the athletic talents of her father, a former Purdue University football quarterback, and the petite size of her mother, Maroney was destined to be a gymnast.

After mimicking the characters of one of her favorite movies, Tarzan, and walking around on all fours, her mother decided to put her in gymnastics. A natural athlete, she soon became involved in soccer, ice skating and tennis. At 9 years old, Maroney and her family moved to a new training club in California so she could further pursue her dream of becoming a gymnast. After watching favorites like Carly Patterson compete at the 2004 Olympic Trials, she set her sights on an Olympic career.

Quickly moving from level 5 to level 10 over the next four years, Maroney began competing at the state and national level. In 2009, at just 13 years old, she competed in her first major competition, the Visa Championships in Dallas, Texas. She placed 27th in the all-around competition and third in the vault, an event that she would excel in for years to come.

In the spring of 2010, Maroney moved gyms to begin training in Los Angeles, soon competing at the CoverGirl Classic in Chicago, Illinois, and at the Visa Championships again in Hartford, Connecticut. She began competing internationally, and in 2011, she became the World Vault Champion at the 2011 World Artistic Gymnastics Championships, held in Tokyo, Japan.

In 2012, after competing at the Olympic Trials in San Jose, California, Maroney was chosen to the U.S. Olympic women's gymnastics team, along with friend Kyla Ross. In July of 2012, Maroney was featured on the cover of Sports Illustrated, along with the rest of the U.S. women's team, including Jordyn Wieber, Aly Raisman, Gabrielle Douglas and Kyla Ross—the first time that an entire Olympic team had ever graced the cover.

At the 2012 Summer Olympic Games, Maroney and her teammates were honored with a gymnastics team gold medal—a first for the American women's gymnastics team since 1996. Although Maroney was picked to win gold on the vault at the 2012 Olympics, her two imperfect landings lowered her score and resulted in a second-place finish behind Romania's Sandra Izbasa. After accepting her silver medal, Maroney was photographed making a face that barely concealed her disappointment, transforming her into an internet celebrity for her "McKayla is not impressed" meme.

Shortly after the Olympics, Maroney fractured the tibia in her left leg. Although she returned to compete at a high level, winning a second straight gold in the vault at the 2013 World Championships, she underwent knee surgery the following spring and struggled to find the motivation to whip herself back into peak form. In February 2016, she announced she was done competing.

Leveraging her fame as an Olympic champion and internet celebrity, McKayla landed an appearance on an episode of the crime procedural series Bones and a recurring role on the fish-out-of-water comedy-drama Hart of Dixie.

In October 2017, as numerous women were coming forth with previously untold stories of sexual harassment and assault, Maroney revealed that she had been molested by former USA Gymnastics team doctor Larry Nassar. In a Twitter post, Maroney accused Nassar of repeatedly touching her as part of his "medically necessary treatment," a traumatic experience that began when she was 13.

"It seemed whenever and wherever this man could find the chance, I was 'treated,'" she wrote. "It happened in London before my team and I won the gold medal, and it happened before I won my silver."

A few weeks later, prior to the release of her autobiography, Aly Raisman said that she too had been molested by Nassar. Gabby Douglas then made the same accusations, after first angering her former Olympic teammates and fans for seemingly blaming the victims. In late November, Nassar pleaded guilty to multiple charges of criminal sexual assault.

On December 20, Maroney sued USA Gymnastics on the grounds that the organization had tried to buy her silence with a confidential settlement agreement. The settlement, negotiated by famed attorney Gloria Allred after Nassar's arrest in 2016, reportedly netted the gymnast $1.25 million.

Maroney's new lawyer, John Manly, called the confidentiality agreement "an immoral and illegal attempt to silence a victim of child sexual abuse," adding that his client "wasn’t going to keep the secret anymore." Although she faced a $100,000 fine for violating the NDA, USA Gymnastics announced that it would not impose the penalty.

Maroney submitted a statement to be read during the four-day sentencing hearing for Nassar in January 2018. "From the outside looking in, it's an amazing story. I did it. I made it. But not without a price," she said. "[Nassar] abused my trust, he abused my body, and he left scars on my psyche that will never go away."

In April, Maroney appeared at a luncheon held by the New York Society for the Prevention of Cruelty to Children for her first public discussion of the saga. Saying she was healing "day by day," the Olympian called on USA Gymnastics to "completely rebuild and start over" to ensure the safety of the young athletes under its watch. "We can't have blind faith in institutions any more," she noted.