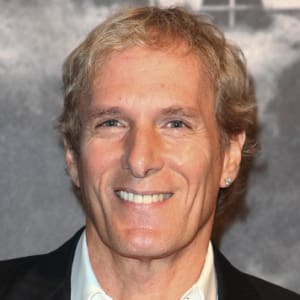 Michael Bolton is a singer-songwriter known for his soft-rock ballads in the adult contemporary genre.

Born in New Haven, Connecticut in 1953, Michael Bolton began performing at an early age, singing solo before joining up with a hard-rock band called Blackjack. Embarking on a solo career once again in the 1980s, Bolton broke through on his third album, The Hunger, scoring his first two Top 40 singles. Since then, the two-time Grammy winner has gone on to sell more than 50 million records, released an opera album and appeared on TV's Dancing with the Stars, all the while feeding his fan base with a new album every few years.

Singer-songwriter Michael Bolton began his musical career as a solo artist, performing under his original last name: Bolotin. His first albums appeared in the mid-1970s, comprising a mix of cover songs and his own material, delivered in a gruffer voice than his later fans would grow to love. When success as a solo artist proved elusive, Bolton signed on as the lead singer of a heavy-metal band called Blackjack, which produced two albums before parting ways in the early 1980s. His next move was to change his last name to Bolton and embrace the solo career he had given up years before. With the launch of the new Michael Bolton, he hit the scene as a soft-rock balladeer.

Bolton's first solo record upon relaunch was the self-titled Michael Bolton. The album was released in April 1983, and made its way onto the Top 100 chart. With this moderate success came another bigger breakthrough: the Bolton-penned (he was a co-writer) "How Am I Supposed to Live Without You," a ballad sung by Laura Branigan, became a Top 40 hit, and it proved that he could write a hit song as well as sing one.

With his second solo album falling short critically and with audiences, his real foray into the mainstream would come with The Hunger, which appeared in 1987. Gone was the hard-rock sound of old, and in its place was a soulfulness he hadn’t explored previously. A song that he wrote, "That's What Love Is All About," and a cover of Otis Redding's "(Sittin' On) The Dock of the Bay" became his first Top 40 hits, and it was off to the races from there, with Soul Provider (1989) transforming Bolton into a chart-topping superstar. The album sold 4 million copies and had five singles land in the Top 40 during the album's climb into the Top 10. The record featured Bolton's own version of "How Am I Supposed to Live Without You," which hit No. 1 and won Bolton a Grammy Award (best male pop vocal performance).

His next album, Time, Love & Tenderness, came out in April 1991 and sold more than 8 million copies domestically and 16 million worldwide, hitting No. 1 and producing several hits, including "Love Is a Wonderful Thing," which later cost Bolton and his production team $5.4 million when the Isley Brothers sued him for plagiarism.

Subsequently, Bolton released an album of covers, an album of original songs, a greatest hits compilation and a Christmas album, all of which were smash hits.

With all of the success he had experienced, it was surprising to have him release a flop, which is just what happened 1997's All That Matters, which cracked the top 40 by the skin of its teeth. His next release was a collection of his favorite operatic pieces, an odd change in direction that proved enough to jolt his career back to life. After several more albums, which usually were received favorably by fans, Bolton switched gears once again, taking part in season 11 of TV's Dancing with the Stars. He also scored points with a new fan base by singing on the hip-hop parody "Jack Sparrow," which first appeared as on Saturday Night Live .

Always in the recording studio, Bolton released Gems: The Duets Collection in 2011, an album of duets with assorted singers and musicians.