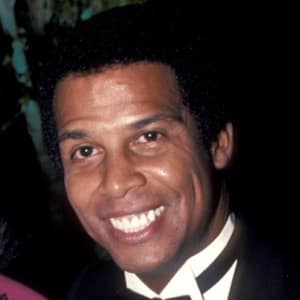 Michael Warren is an actor best known for his work on the critically acclaimed television series Hill Street Blues.

Michael Warren was born on March 5, 1946, in South Bend, Indiana. He attended the University of California, Los Angeles, playing on the school's basketball team with Kareem Abdul-Jabbar (then known as Lew Alcindor). Warren appeared in several films and television shows before landing his career-defining role as police officer Bobby Hill on the popular TV drama Hill Street Blues.

Michael Warren was born on March 5, 1946, in South Bend, Indiana. There, he attended South Bend Central High School. His skills on the basketball court earned him a scholarship to the University of California, Los Angeles.

As a member of the school's basketball team, Warren played under the guidance of legendary coach John Wooden. While at UCLA, the All-American Warren was a two-time team captain. He and fellow teammate Lew Alcindor, later known as Kareem Abdul-Jabbar, helped lead UCLA to two National Collegiate Athletic Association championships, in 1967 and 1968.

Despite his success with basketball, Warren—who stood at just 5 feet 11 inches—did not pursue a professional career in the sport. After graduating with a major in theater arts, he landed a job as a technical consultant on the basketball film Drive, He Said (1971; directed by Jack Nicholson). This would prove to be a lucky break, as the gig led to a role in the film for Warren.

Over the next few years, Warren honed his performance skills while living the life of a journeyman actor. He appeared in several commercials, and acted on television shows such as Mod Squad and Marcus Welby, M.D. Warren also worked in movies, portraying the son of Redd Foxx and Pearl Bailey in Norman… Is That You? (1976).

Warren often played police officers on TV, including in the show Paris, which starred James Earl Jones and was produced by Steven Bochco. After Paris ended, Bochco asked Warren to take on the role of police officer Bobby Hill in a new series called Hill Street Blues. The program began airing on NBC in 1981.

'Hill Street Blues' and Beyond

A realistic crime drama, Hill Street Blues received critical approval in its first season, but suffered from low ratings. However, it was renewed and went on to become a popular sensation. His role on the show propelled Warren into the spotlight, and garnered him an Emmy nomination for Outstanding Supporting Actor in a Drama Series in 1982. The series ended its run in 1987.

After Hill Street Blues, Warren popped up on other TV programs, including L.A. Law, A Different World and Murder One. He also had a recurring part on the drama Lincoln Heights, which was shown on ABC Family.