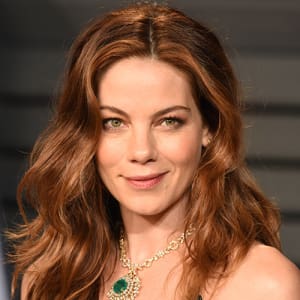 Michelle Monaghan is an American film and TV actress who’s known for her roles in films like ‘Gone Baby Gone,’ ‘Made of Honor,’ and the ‘Mission Impossible’ franchise. Her television work includes ‘True Detective’ and ‘The Path.’

Who Is Michelle Monaghan?

Born in 1976, Michelle Monaghan is an American film and TV actress. Her first major film role was in Kiss Kiss Bang Bang (2005), and she continued starring in major Hollywood films like Gone Baby Gone (2007) and Made of Honor (2008). Monaghan is also recognizable for her work with Tom Cruise in the Mission Impossible film franchise, starting with Mission Impossible III (2006) and later, Mission Impossible — Ghost Protocol (2011) and Mission: Impossible — Fallout (2018). On the small screen, she's appeared on HBO's first season of True Detective (2014) and Hulu's religious cult drama The Path (2016 – 2018).

Monaghan started out in minor roles on television before making her film debut in the indie drama Perfume (2001), starring opposite Jeff Goldblum and Mariel Hemingway. She took another supporting role in the marital drama Unfaithful (2002) until she returned to television with a solid season-long guest role as Kimberly Woods on Boston Public that same year.

After Boston Public, Monaghan returned to film and took a supporting role in the multigenerational family dramedy It Runs in the Family (2003), which starred Kirk and Michael Douglas. The next year she played a devoted girlfriend to a troubled widowed man in the drama Winter Solstice (2004) before she exposed her talents to a wider audience with the black crime-comedy Kiss Kiss Bang Bang (2005), opposite Val Kilmer and Robert Downey Jr. In 2006 she played fiancée Julia Meade to Tom Cruise's character Ethan Hunt in Mission Impossible III.

In 2007 Monaghan delved into both comedy and drama on two separate projects: she played a love interest of Ben Stiller's character in the rom-com The Heartbreak Kid and then as a private investigator who's searching for a kidnapped child in the Ben Affleck-directed drama Gone Baby Gone.

The following year Monaghan exposed herself to more film genres. She was cast as the female lead, Hannah, in the romantic comedy Made of Honor (2008), in which her character chooses her best male friend, Tom, (played by Patrick Dempsey), to be the maid of honor in her pending nuptials. However, Hannah comes to find out that Tom has fallen in love with her.

"I think what makes it unique from a lot of romantic comedies is that it's kind of a romantic comedy for guys," Monaghan said in an interview while promoting the film. "[It's] a male point of view. Usually, the girl doesn’t get the guy. The girl has a broken heart. The girl goes to the girlfriends and they help mend the broken heart. So, I thought it was really refreshing, this take on it."

Monaghan also co-starred in the action thriller Eagle Eye (2008) with Shia LaBeouf and the indie drama Trucker (2008), playing promiscuous truck driver Diane Ford, for which she would win a Best Actress award from the San Diego Film Critics Society in 2009.

In 2011 and 2018 she reprised her role as Julia Meade in Mission Impossible — Ghost Protocol and Mission: Impossible — Fallout, respectively.

From the start of True Detective, Monaghan knew it was going to be a stand-out project.

"I knew when we were making it that it was something special. You could feel it in the room," she said in Interview Magazine in 2016. "I think it was seen by so many people, and that’s what kind of surprised me. I didn’t realize the scope that HBO had or that TV had, because I hadn’t really worked in that medium before. It also ruined me because it was so good. I had such a positive experience on it; I wanted to get back to something like that again."

It wasn't until The Path was introduced to Monaghan that she felt the same tingle as when she worked on True Detective.

"The Path was the first project that I felt like I could get into and go on the journey with and do it for a number of seasons if possible," she said of the Hulu-based series, in which she plays Sarah Lane, a leader of a fictional religious cult called the Meyerist Movement. "I felt it was a really unique world and had the potential to be really provocative and scary and mythological."

The Path went on to complete three full seasons, ending in 2018.

Other projects that Monaghan's worked on include the mystery drama film The Vanishing of Sidney Hall (2017) and the upcoming biographical drama Saint Judy, in which she plays the lead Judy Wood.

Monaghan has been married to graphic artist Peter White since 2005. The couple has two kids.

Monaghan was born on March 23, 1976 in the small town of Winthrop, Iowa, the youngest child of three and only daughter to parents Sharon and Robert Monaghan.

"I grew up in a town of 700 people, so we had no stoplight; my high school graduating class was 39 people," Monaghan revealed. "It was such slim pickings that I basically had one boyfriend all through high school. I didn’t grow up near a movie theater — it was 50 miles away — so I didn’t even really grow up watching movies."

But Monaghan still felt called to do something bigger than what her small town offered. After graduating from high school, she took off to Chicago to become a journalism major at Columbia College before traveling the world as a model. Just one semester short of earning her bachelor's degree, she decided to take a chance and move to New York to pursue acting.