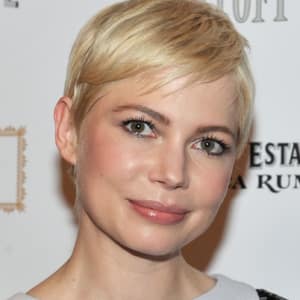 Michelle Williams first came to stardom as a star of teen drama ‘Dawson’s Creek.’ She rose to critical acclaim with films such as ‘Blue Valentine’ and ‘Brokeback Mountain.’

Who Is Michelle Williams?

Actress Michelle Williams got her start as a teen TV idol on the show Dawson's Creek. The performer emancipated herself from her family at the age of 16 in order to advance her career in Hollywood. She went on to receive critical acclaim for her Oscar-nominated performances in Brokeback Mountain (2005), Blue Valentine (2010), My Week with Marilyn (2011) and Manchester by the Sea (2016).

Michelle Williams was born on September 9, 1980 in Kalispell, Montana, to Carla and Larry Williams. The family, which included Williams' younger sister, Paige, moved to San Diego when Williams was 9. Many of Williams' Southern California classmates were pursuing small acting jobs, such as commercials, and Williams decided that she, too, wanted to act. She attended many schools over the years, including a Christian school, but eventually decided that earning her GED at home would be the most practical move for her acting career. With a GED, she would be able to be legally emancipated from her parents, which would make her eligible to work longer hours on set than a minor could. At age 15, Williams was emancipated. She emphasizes that the move had nothing to do with any trouble with her family: it was simply to give Williams a better shot at a career, and it soon paid off.

Michelle Williams landed her first major role at 16, as troubled teenager Jen Lindley on the hit teen show Dawson's Creek, where she remained from 1998 until 2003. The show made stars out of its teen leads, but the experience was a mixed one for Williams, who feared being typecast as a "pop tart" and was already considering what she wanted to do next. "I said to a friend [that] being on Dawson's Creek was kind of like being a mobster," she explained. "You set up a shop selling pizza, but in the back you're laundering money. You're doing one thing in plain sight and secretly plotting something else. I was plotting my tastes, my interests, my beliefs and hopes for what I could be."

While on hiatus from filming Dawson's Creek, Williams lived in New York City and worked toward her bigger goals. She took parts in a variety of movies, ranging from comedy (Dick, with Kirsten Dunst) to horror (Halloween H20: 20 Years Later). She found her calling, though, in independent films such as Me Without You, Prozac Nation and The Station Agent.

"I remember when I was 18 and I was offered this play called Killer Joe, and I was also offered a movie about cheerleaders who carry guns," Williams explains. "And Killer Joe was, I don't know, maybe a 200-seat house, making scale. And the cheerleader movie was the kind of money that you can live off of for a long time to come. And I remember seeing the paths diverge. And I remember how easy the choice was. And so to me that feels like the beginning. That feels like where I began to develop my taste. I did the play, obviously." Over the years, Williams has stayed true to her sense of self as an actress, choosing roles carefully.

Michelle Williams' big break in the film world came in 2005, when she appeared in Ang Lee's Brokeback Mountain as the wife of a closeted gay rancher. The film was a critical and financial success, and Williams was nominated for her first Academy Award for supporting actress for the role. That year was also a year of personal milestones for Williams: she became engaged to Brokeback co-star Heath Ledger, and gave birth to their daughter, Mathilda Rose, on October 28th.

Difficulties arose in Williams' personal life when she and actor Heath Ledger split in the fall of 2007. Ledger died tragically in 2008 of a prescription drug overdose, and the grieving Williams had to deal with both her personal mourning for the father of her child and the intrusion of the paparazzi into her life. "I experienced a lot of loss after his death. I lost my city because of all the paparazzi descending upon us. I actually lost my journal during that time, oddly enough … Things were just streaming away from me. I lost my sense of humor. I'm still sort of looking for that." She later described the year following his death as a "year of magical thinking … In a strange way, I miss that year, because all those possibilities that existed then are gone. It didn't seem unlikely to me that he could walk through a door or could appear behind a bush."

Michelle Williams rebounded from her grief by throwing herself into work for a year, releasing four films in short succession. She went to the Cannes Film Festival in 2008 to promote two films, Charlie Kaufman's Synecdoche, New York and the critically acclaimed independent film Wendy and Lucy, from director Kelly Reichardt. She then filmed Martin Scorsese's Shutter Island opposite Leonardo DiCaprio.

In 2010, Williams starred in the relationship drama Blue Valentine opposite Ryan Gosling. She was again nominated for an Academy Award, this time for best actress. In 2011, Williams appeared in another of Kelly Reichardt's films, Meek's Cutoff, playing one of a group of pioneers lost in the Oregon Territory in 1845.

Williams often defines her primary role as a mother, but continues to act in a variety of films, shifting easily from roles in low-budget independent films to mainstream productions. One of her most well-known triumphs was portraying Marilyn Monroe in My Week with Marilyn. Her depiction of the late Hollywood sex symbol earned her many glowing reviews and several professional accolades, including a Golden Globe Award and her third Oscar nomination.

Williams went on to star as the good witch Glinda, opposite James Franco, in the 2013 fantasy blockbuster Oz the Great and Powerful. She followed that project with the art-house war film Suite Francaise (2014).

In 2016, Williams played the ex-wife of a janitor, played Casey Affleck, who together experience a tragic loss in Manchester by the Sea. She received Golden Globe and Oscar nominations for her performance. In 2017, Williams earned more critical praise for her role in the J. Paul Getty biopic All the Money in the World, snagging another Golden Globe nomination.

Stage Roles and Return to TV

In July 2018, it was announced that the decorated actress would be making her return to the small screen, alongside Sam Rockwell, in an FX limited series about Broadway legend Gwen Verdon and her acclaimed choreographer husband Bob Fosse.

Williams revealed the September 2018 issue of Vanity Fair that she secretly married indie musician Phil Elverum in the Adirondacks. “Obviously I’ve never once in my life talked about a relationship,” she told the publication. “But Phil isn’t anyone else. And that’s worth something. Ultimately the way he loves me is the way I want to live my life on the whole. I work to be free inside of the moment. I parent to let Matilda feel free to be herself, and I am finally loved by someone who makes me feel free.”