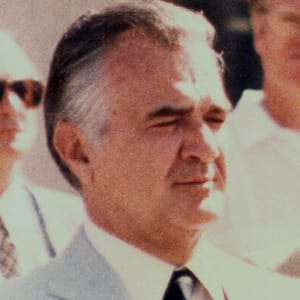 Miguel de la Madrid was president of Mexico from 1982 to 1988. He was a political conservative and his administration was characterized by an economic crisis.

Miguel de la Madrid was born on December 12, 1934, in Colima, Mexico. A member of the Institutional Revolutionary Party, he entered government service in the Treasury and became minister of planning and budget under President José López Portillo. As president, de la Madrid's administration was characterized by economic crisis. He was president of Mexico from 1982 to 1988, and died in Mexico City on April 1, 2012.