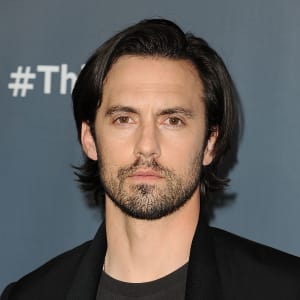 American actor Milo Ventimiglia starred in TV shows like ‘Gilmore Girls’ and ‘Heroes’ before earning fame for the role of Jack Pearson on the hit drama ‘This Is Us.’

Who Is Milo Ventimiglia?

Born on July 8, 1977, in Anaheim, California, Milo Ventimiglia became known to audiences through his success on television. He enjoyed a breakout via the role of Jess Mariano on the WB's Gilmore Girls, which he reprised for the Netflix miniseries in 2016. Ventimiglia also appeared on NBC shows like American Dreams and Heroes, before landing the starring role of Jack Pearson on This Is Us.

In September 2016, Milo Ventimiglia delivered his debut performance as Jack Pearson alongside Mandy Moore, Sterling K. Brown and the rest of an intriguing cast in the pilot episode of This Is Us. It marked the start of one of the most popular new shows on television, with audiences tuning in weekly to watch the cross-generational saga of the Pearson family.

In February 2018, the show delivered its long-awaited episode that reveals how Pearson dies. Although he meets his end on screen, Ventimiglia assured fans that the show's narrative structure ensured that his character wasn't going anywhere. "I’ve been dead from the get-go," he said, "and though we’re now showing the death, we’re still gonna be bouncing around in different timelines. This is not the end of Jack."

Prior to This Is Us, Milo Ventimiglia was perhaps best known for the role of the smart but troubled Jess Mariano on the WB's Gilmore Girls. After joining the show for its second season, Ventimiglia's Mariano became a regular character as a love interest of Rory Gilmore, before weaving in and out of the storyline over the final few seasons. He also appeared in the 2016 Netflix revival of the series.

Born on July 8, 1977, in Anaheim, California, Milo Ventimiglia was the youngest child and only son born to a Sicilian father and English-Scottish mother. Ventimiglia showed interest in acting as a teen and became a theater major at the University of California, Los Angeles before he began working as an actor.

Some of his earlier television appearances came in The Fresh Prince of Bel Air, CSI: Crime Scene Investigation, Law and Order: Special Victims Unit, Sabrina, the Teenage Witch and others. In 2000, Ventimiglia won the main role in the FOX teen comedy-drama series Opposite Sex, but the show lasted only one season.

Other TV and Film Roles

His film credits include the role of Sylvester Stallone's son in 2006's Rocky Balboa, along with contributions to Killing Season (2013), Grace of Monaco (2014) and Netflix's Sandy Wexler, co-starring Adam Sandler.