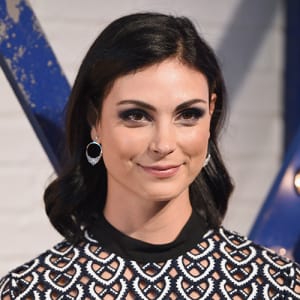 Who Is Morena Baccarin?

Morena Baccarin (born June 2, 1979) grew up in New York City after moving there from Brazil. She studied theater at Juilliard but headed to Los Angeles when her theatrical career didn't take off. She soon landed a part on the short-lived television show Firefly; after the series was cancelled, she continued working steadily, often in sci-fi favorites. Baccarin gained more fans with her Emmy-nominated role as Jessica Brody, the wife of a newly freed POW, on Homeland. Baccarin was also in the movies Deadpool and Deadpool 2. She's married to actor Ben McKenzie — their romance started after they began working together on the TV series Gotham — and has two children.

Baccarin has forged a successful career in TV and movies, landing starring roles to guest parts to voiceover work. In a 2016 interview, she said, "I don't have another skill. Acting is what I do. I don't know whether it's dumb luck, but I have been able to support myself doing this."

The role of courtesan Inara Serra on the space Western Firefly (2002-3) was Baccarin's first TV gig. She enjoyed working with the cast, and with creator Joss Whedon, and was disappointed when the show got canceled during its first season. However, she returned for the Firefly film, Serenity (2005) — and her role in what's become a cult favorite has earned her a spot in the hearts of many sci-fi fans.

In the R-rated superhero films Deadpool (2016) and Deadpool 2 (2018), Baccarin appears as Vanessa, a love interest for Deadpool (played by Ryan Reynolds).

Baccarin took on the role of Dr. Leslie "Lee" Thompkins in Gotham in 2014, during the show's first season. Her character formed a romantic connection with series lead Jim Gordon, who's portrayed by Baccarin's real-life partner, Ben McKenzie.

Gotham takes place in the Batman universe, but it isn't Baccarin's only Batman-related role: she's also voiced parts for the animated productions Justice League, Batman: The Brave and the Bold and Son of Batman.

V was a 1980s TV sensation that depicted aliens with nefarious plans for Earth's human population; when ABC's remake premiered in 2009, Baccarin was applauded for her work as Anna, a duplicitous alien queen with a striking pixie cut. The series was canceled in 2011.

In 2011 Baccarin started on Homeland as Jessica Brody, the wife of newly returned POW Nicholas Brody. As Jessica, Baccarin got to play a more down-to-earth role for three seasons, though her character still had to face emotionally wrenching situations as she was confronted with the changes in her husband. Baccarin replaced another actress who'd originally been in the show's pilot, but made the character her own; in 2013, she received an Emmy Award nomination as Outstanding Supporting Actress in a Drama Series.

Homeland was also a reunion of sorts for Baccarin and star Claire Danes: the two had attended the same middle school in New York City (where they were bullied by a fellow student).

Baccarin has made appearances in many other TV shows and movies. She starred on Heartland (2007), was in the TV movie The Red Tent (2014), joined Stargate: SG1 (1997-2007) in its final season and appeared in the direct-to-video Stargate: The Ark of Truth (2008). She also had a recurring role on The Good Wife and popped up in several episodes of The Mentalist as an enticing sociopath. In addition, she provided the voice for the computer Gideon on The Flash.

Baccarin was friends with the people behind It's Always Sunny in Philadelphia; early in her career, she appeared in their low-budget pilot episode as a transgender woman — but other commitments kept her from appearing on the show when it was picked up.

When Was Morena Baccarin Born?

Baccarin married fellow actor Ben McKenzie on June 2, 2017, which was her 38th birthday. The personal significance of the day wasn't the primary motivation for the couple, however — it was the only date available for a wedding at their first-choice location, New York City's Brooklyn Botanical Gardens.

Baccarin and McKenzie began a relationship after they became co-stars on Gotham. However, they had actually met years earlier when Baccarin made a guest appearance on The O.C. (2003-7), a TV show that starred McKenzie — but they didn't connect at that time. "I apparently blew her off," McKenzie admitted to James Corden during a 2017 appearance on The Late Late Show.

What Is Morena Baccarin's Net Worth?

According to documents related to her divorce settlement with Austin Chick, Baccarin makes more than $90,000 per month. She gave up her New York City home in the divorce, but was left with an apartment in Brazil and property in Los Angeles. In April 2018, she sold one Los Angeles home for a little less than $2.1 million.

Though the divorce was made official in March 2016, reaching a settlement took longer. According to People magazine, in November 2015 Baccarin was ordered to pay Chick $20,349 a month in spousal support and $2,693 in child support. A final agreement from January 2018 directed that Baccarin pay Chick $5,000 per month in spousal support until the end of December 2018, as well as $3,500 per month in child support until their son turns 18.

Chick also received the couple's New York City home, part of Baccarin's residual payments from several projects, including Deadpool and season 1 of Gotham, and an equalizing payment of $406,000. Baccarin and Chick were given joint physical and legal custody of their son, with Chick agreeing to live in New York City.

Baccarin's mother was an actress and her father a TV editor. A Portuguese-speaking Baccarin moved to New York City as a child; she told the New York Times in 2017, "I came to the United States when I was 7, and although I wasn't fleeing conflict or persecution, it gave me a small sense of what it is like to arrive in a new country when you don't speak the language, don't know anyone and have to learn a new culture."

Baccarin attended New York City's Fiorello H. LaGuardia High School of Music & Art and Performing Arts (the inspiration for the movie Fame) before going on to study theater at the Juilliard School. 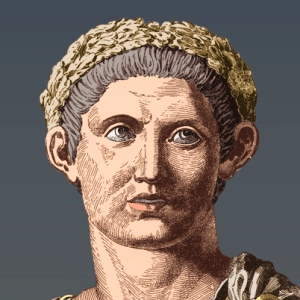