Mr. Magic was a famous hip hop DJ who influenced the careers of aspiring rappers in the 80s and 90s.

“A world premiere …” Mr. Magic's famous radio signature always meant you were about to hear something fresh and new. When it comes to early hip-hop radio, bringing future legends into the studio and breaking new acts, Mr. Magic was the man. He was the first ever hip hop radio DJ, indelibly linked with the Juice Crew and the vintage Cold Chillin’ Records line-up that included Roxanne Shanté, Big Daddy Kane and Biz Markie. He kept working in music right up until his premature death in 2009, aged just 53, mentoring young artists in Brooklyn. To this day, vintage tapes and recordings of the man also known as "Sir Juice" are still sought after by collectors of golden-era rap.

The Making of Mr. Magic

Mr. Magic was born John Rivas in the Bronx, New York, on March 15, 1956, later moving to Brooklyn. He worked at an electronics shop in Manhattan and was a part-time DJ, under the name Lucky the Magician. He also attended the New York School of Announcing and Speech, where he took a radio course and heard, from a fellow student, about a tiny station called WHBI, where you could buy airtime for $75 an hour. Asking his employers to fund him in return for adverts, he changed his name to Mr. Magic and launched his Disco Showcase show on WHBI in 1979, playing disco and breakbeats from 2 to 4am. There weren’t many hip-hop records around at the time, but early rappers such as Melle Mel would guest on the show and rap live. “I was the first person to play hip hop on the radio,” he said in an interview shortly before his death, “Back then it wasn't called hip hop, it was basically called 'rap music.' That was in 1979 and what I used to do was pay to have an underground station.”

The show got him noticed, and the legendary DJ and radio programmer Frankie Crocker called him in for a meeting at the commercial station WBLS. In 1982, Mr. Magic launched Rap Attack, the first ever pure rap radio show in history.

The show enabled Magic to not only showcase new records and performers but to also become a real trend-setter. Marley Marl, who would go on to become a noted producer for Cold Chillin,’ joined him as his sidekick. He released a single called "Magic’s Message on Posse Records" in 1984, but was better known outside of New York as the face of the Mr. Magic’s Rap Attack series of compilations, which ran for five volumes on Profile Records in the late 1980s. As a maker and breaker of careers, Magic’s influence was widespread, and the group Whodini recorded a dedication to him in 1983 with the track "Magic’s Wand," rhyming: “'Cause then Magic went on the radio / And everybody said, 'What a way to go!' / The moment he went on the air / It was plain to see a new phase was here.”

Magic’s success at WBLS wasn’t without its ups and downs. He threatened to leave the station in 1984 following an attempt to interfere with the music he was playing, but his role in the Bridge Wars really made his name. Rival DJ Red Alert was associated with Boogie Down Productions, who were involved in a war of words — captured in classic records like The Bridge Is Over and Kill That Noise — with MC Shan and the Juice Crew. Rappers took shots at Mr. Magic on records, while his own crew targeted Red Alert. It never spilled over into real life, as Magic himself attested: “Remember, I come from a background of battling, back when I played in the clubs. Battling would always bring out the best in you and it kept everybody interested. The battle thing is really for supremacy, it never really got personal. Maybe once in a while it'd get a little personal — a lot of testosterone back in the day.”

Rappers Pay Tribute to a Pioneer

Magic finally left WBLS in 1989, joining first WEBB in Baltimore and then WQHT — a station much better known as Hot 97 — in 2000, when he began hosting The Classic Showcase along with his long-time manager, Fly TY, and DJ Mr. Cee. His name was already cropping up in records, with Nas rapping “I miss Mr. Magic” on Halftime and Biggie’s classic "Juicy" has probably had more people rap along to the line “Every Saturday, Rap Attack, Mr. Magic, Marley Marl” than actually knew who Magic was. The legendary radio DJ then touched a new generation as the voice of the in-game rap channel Wildstyle in Grand Theft Auto: Vice City.

Shortly before his death, Magic was helping new artists at the start of their careers at the Brooklyn Music and Arts Program. He died from a heart attack on October 2, 2009, leaving three children from his marriage to Lisa Rivas, from whom he had separated. After his passing, Jay Z phoned in to a WBLS show dedicated to Mr. Magic and paid a handsome tribute: “He’s one of the people who brought it [hip hop] to where it is now. To all of the hip hop generation, we’ve lost one of our pioneers.” 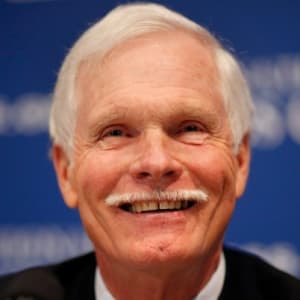