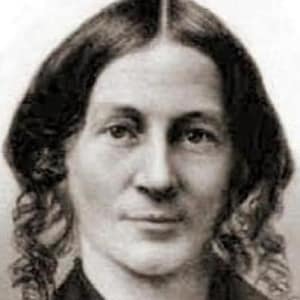 Before abolition, teacher Myrtilla Miner defied societal rules and founded a school in Washington, D.C., to teach former slave girls how to be teachers themselves.

Myrtilla Miner was born on March 4, 1815, in Upstate New York, and earned her teaching degree at the Young Ladies' Domestic Seminary before moving to Mississippi to teach plantation owners' daughters. Witnessing the horrors of slavery firsthand, she vowed to teach the slave children how to read. Defying opposition, she established the Normal School for Colored Girls in Washington, D.C., when slavery was still legal there. Always in fragile health, she died on December 17, 1864, but the school continued to thrive.

Myrtilla Miner was born on March 4, 1815, in Brookfield, New York. One of 12 brothers and sisters, Miner and her rural family picked hops to try to make end meet. A frail child, she spent her time absorbed in books and developed a love of learning, although her father felt that certain aspects of education were superfluous. Despite her and her family's enduring financial hardships, Miner was eventually able to earn her teaching degree from the Young Ladies' Domestic Seminary, which had been founded in 1833 by the abolitionist Hiram H. Kellogg.

After earning her degree, Miner secured teaching positions in Rochester, New York, and Providence, Rhode Island, before moving to the South in 1846 to fulfill the obligations of her education—teaching plantation owners' daughters in Whitesville, Mississippi, at the Newton Female Institute. It was there that she witnessed firsthand the horrors of slavery and vowed to teach the young slaves how to read. But her offer to conduct classes for them was refused out of hand as both illegal and immoral. Miner remained at the school for two years before suffering a serious bout of ill health that sent her back home with little chance of survival.

The Normal School for Colored Girls

It was perhaps Miner's deep determination to teach African Americans that helped her eventually recover from her illness. She soon set about collecting funds to found a school, contacting Frederick Douglass, who was initially dubious about her prospects. But Harriet Beecher Stowe, author of Uncle Tom's Cabin, gave Miner $1,000 from the proceeds of her book to help establish a permanent location for the school.

Miner's plans were met with heated opposition—harassment from mobs, physical violence and fire—in Washington, D.C., where slavery was still legal. But in 1851, Miner began teaching six students, the children of freed slaves, and thus the Normal School for Colored Girls was established. Miner's goal was to teach them to be teachers themselves so they could elevate their population through education. Historian Constance Green noted that the school offered "a better education than that available to most white children."

By 1857, due to ill health, Miner had to step back from active involvement in the school, but by that time it was well established, with luminaries such as Johns Hopkins and Henry Ward Beecher serving on its board. However, Miner still found ways to continue her work and even helped put out a school fire from an arson attack in 1860.

Unfortunately, that same year Miner had to close down her school, but it later reopened after the Civil War.

On December 17, 1864, in Washington, D.C., Myrtilla Miner died from complications of a carriage accident that had exacerbated her already poor health. She had lived to see the Emancipation Proclamation come to fruition in 1863 but not the end of the Civil War. Her story would hardly be known were it not for a brief memoir of her life written by Ellen O'Connor in 1885.

Throughout the years, Miner's school underwent numerous name changes and incorporation into other institutions, but it held the distinction of educating the majority of African American elementary school teachers employed in the D.C. schools throughout World War II. The Miner Building is now part of Howard University's School of Education. There is a small plaque there acknowledging Myrtilla Miner's contributions.