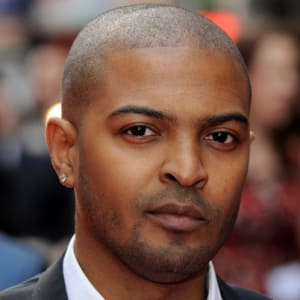 Actor and filmmaker Noel Clarke is best known for playing Mickey Smith on the BBC revival of Doctor Who.

Noel Clarke was born in London, England, in 1975. The award-winning actor achieved mainstream fame for his portrayal of Mickey Smith in the BBC revival of the sci-fi series, Doctor Who. In 2006 his debut motion picture, Kidulthood, was released and received wide acclaim. The film’s sequel, Adulthood, came out in 2008.

Noel Anthony Clarke was born in London, England, on December 6, 1975. The son of Trinidadian immigrants, Clarke was raised by his mother, Gemma, whose husband left her shortly after their young son was born.

The small family never had much money, but Clarke's mom made the best of what she had, making a home for her and her boy in a modest two-bedroom house in West London. "It wasn't much, but it was always warm with a good food smell when you walked in the door," Clarke later said. "And it was ours."

Clarke wasn't a great student. "I tried, but I was never the kid who excelled at anything—except sport," he would later say. At the University of North London, Clarke began to find his calling when he was handed a few cameras for his media studies class.

Eventually, Clarke, who'd long packed a passion for acting, enrolled at the Actors Centre in London. To pay for his schooling and his expenses, the aspiring actor worked as a personal trainer, gym instructor and lifeguard.

Acting work eventually came Clarke's way. His first project came in 2001 with the television comedy-drama Metrosexuality, in which Clarke played a 16-year-old boy. From there, his career began to blossom. In 2003, he earned the coveted Laurence Olivier Award for most promising newcomer for his performance at the Royal Court Theatre in Where Do We Live, a play by Christopher Shinn. Three years later, Clarke earned the Orange Rising Star Award from the British Academy of Film and Television Arts.

In fact, the first half of the new century proved to be incredibly fruitful for the young star. Serious acclaim came his way for his portrayal of Mickey Smith on the new BBC version of the sci-fi classic series Doctor Who, and, following the show's 2006 season, fans voted Clarke "Best Male Guest Actor" via a poll of Doctor Who magazine readers.

Star Trek fans got know Clarke for a small role he had in the 2013 release Star Trek Into Darkness, directed by J.J. Abrams. In the film, Clarke plays Thomas Harewood, a Starfleet officer who is bribed by Khan (Benedict Cumberbatch) to set off a bomb at the Starfleet headquarters. Clarke is one of only a handful of actors who has appeared in both the Doctor Who and Star Trek franchises.

As Clarke began to delve into acting, he also started writing scripts. In 2001, Clarke began writing Kidulthood, the 2006 teen movie that launched his career as a filmmaker. He wrote and starred in its successor, Adulthood (2008), which was a modest hit at the box office.

In 2010, Clarke wrote and directed the crime thriller 4.3.2.1. Two years later, three other Clarke films, Fast Girls, The Knot and Storage 24, were released.

In recent years, Clarke has reconnected with his father. The actor/filmmaker lives with his wife and children in West London.